“Alternative Directions for Israeli Foreign Policy on the Eve of an Election Year“. This has been the topic of the second Mitvim-FES conference on December, 30th, in Tel Aviv. The distinguished speakers of the evening all criticized the lack of a proactive and clearly structured Israeli foreign policy. For instance, the foreign ministry has been knowingly weakened in power, as its main tasks were outsourced to other departments. Additionally, it is no coincidence that Israel has no foreign minister, but that instead the prime minister himself serves in that function. In the meantime, even the prestigious course for diplomats run by the foreign ministry is in sore need of candidates. Nitzan Horowitz, a journalist and former Member of Knesset (MK), denounces that Israel lacks a global view when it comes to foreign policy. Ronen Hoffman, also a former MK, explained how he tried, but failed, to implement a law during his time in office that would define the structure and topics of foreign policy. Furthermore, the president of the Israel Democracy Institute, Yohanan Plesner, argued that a community of shared values with Western democracies is at least as important as a community of interest with less democratic friends of Israel. Zehava Galon, former chairwoman of Meretz, stressed the importance of being allowed to criticize Israeli policies abroad. Last, but certainly not least, Nadav Tamir, former diplomat and policy advisor to President Shimon Peres, called for stronger ties between Israel and the Jewish diaspora. MK Ofer Shelah even called this level of relationship an integral part of Israel’s national security. Moreover, foreign policy in general is an important element of national security in Israel.

Former MK, Zouheir Bahloul, demanded to begin negotiations with the Palestinian government immediately and before it is too late. Maya Sion-Tzidkiyahu, Hebrew University, called for a change in Israeli policy towards the EU. The EU is certainly a friend of Israel and therefore European-Israeli relations have to be strengthened. Einat Levi, researcher at the Mitvim Institute, reported on the unexploited potential of encounters of the civil societies of Israel and Morocco.
Eli Podeh, however, warned against the illusion of normalization with the Arab world. He argues that significant progress in the peace process between Israel and the Palestinians is a necessary condition for normalization of relations with the Arab world. MK Merav Michaeli finally criticizes the government’s lack of serious commitment to the peace process. Her point of view is that only a new government could bring a change in direction.
Summarizing the conference, Nimrod Goren, the director of Mitvim, pointed out the enormous potential of Israeli foreign policy, which is only waiting for opportunities.

The FES wants to strongly support Israel in this matter and is proud to do so in cooperation with such a renowned partner as Mitvim.

⇒ Download the summary of the conference in English 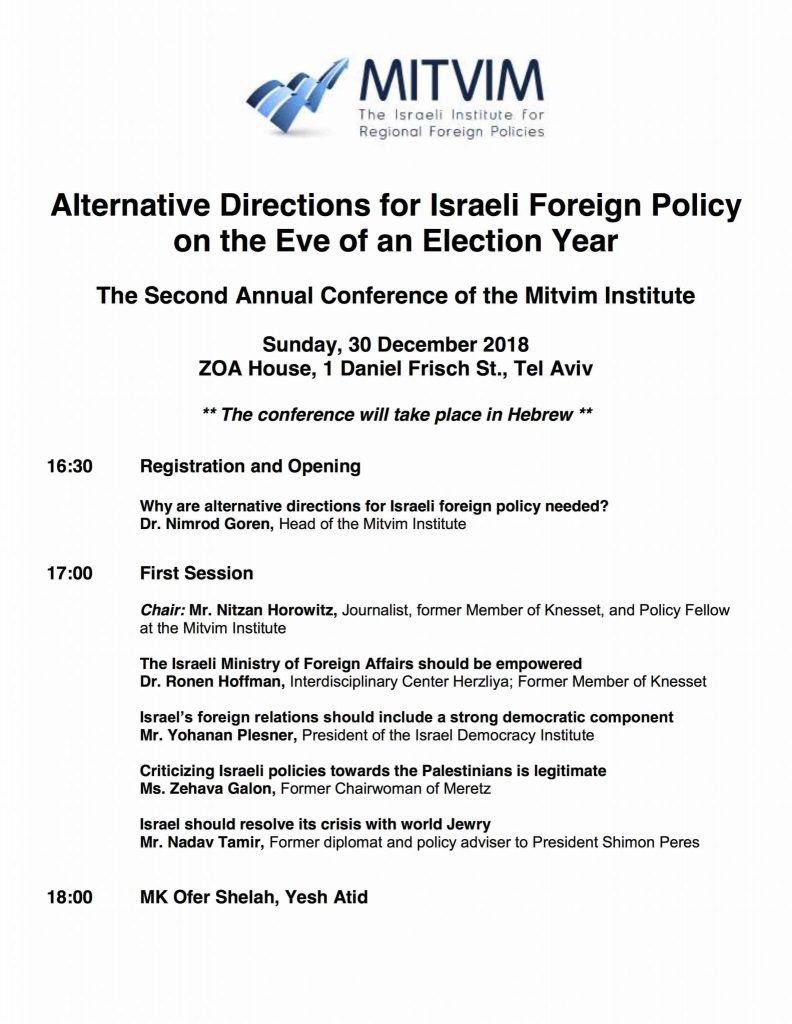 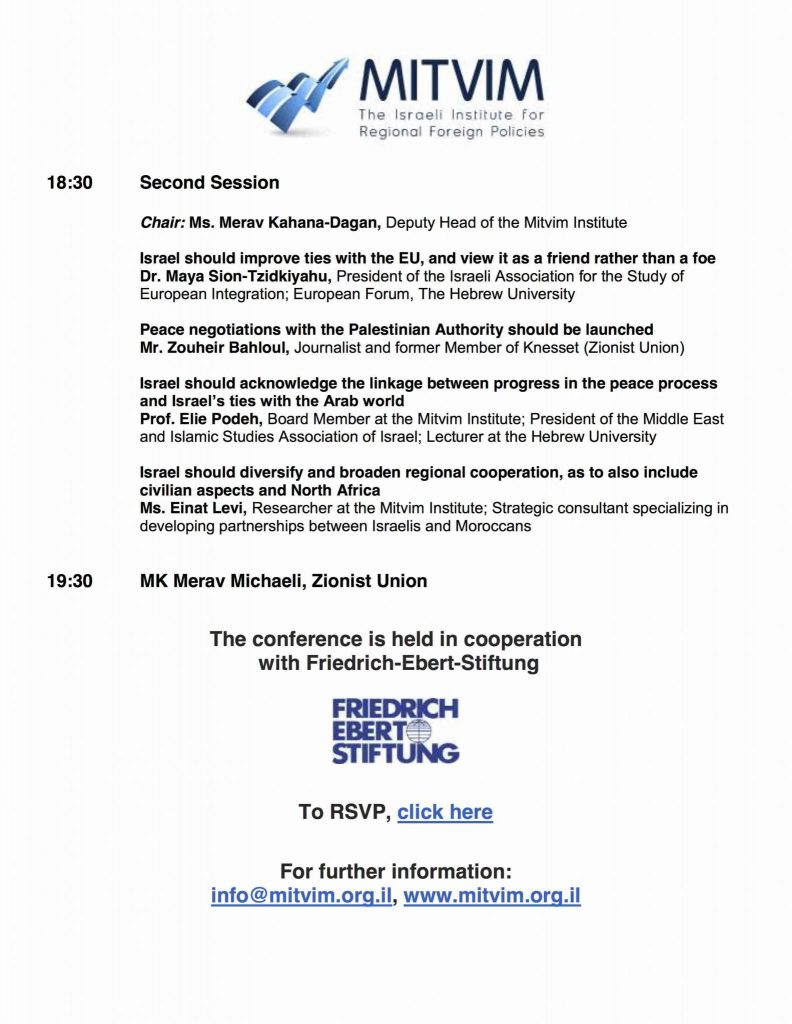