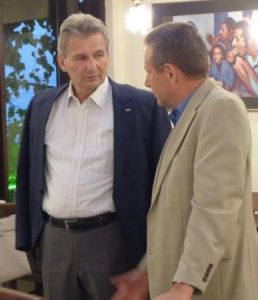 The lively discussion was moderated by Werner Puschra and dealt with Austrian and Israeli trade union policy, and issues of social security, especially pension policies. Moreover the participants discussed challenges to economic policy in both countries.