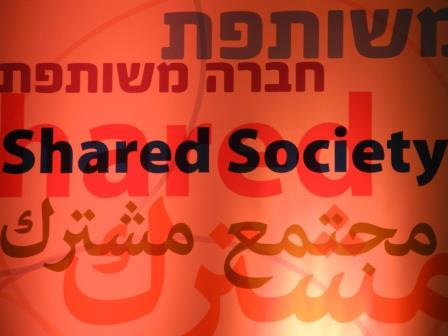 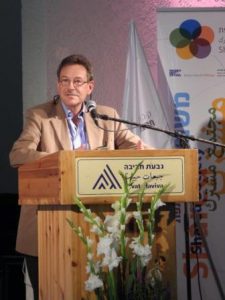 „When individuals of different origins and backgrounds transcend what sets them apart to come together in common purpose, they have the power to steer the course of history” – this endorsement by President Barack Obama was read out at the Fourth Annual Conference of Givat Haviva, which took place on May 24th, 2016 in cooperation with FES Israel.

Politicians, researchers and civil society activists came together to discuss the concept of a “Shared Society” and thus have an impact on the development of Israeli society.

The concept of “Shared Society” – a society in which diversity is respected and solidarity, equality and participation of all are seen as guiding principles – was explained in the opening speeches by Dr. Werner Puschra, director of FES Israel und Yaniv Sagee, executive director of Givat Haviva.

MK Yitzhak Herzog (Head of the Zionist Union), MK Ayoob Kara (Likud), MK Ayman Odeh (Head of the Joint List) and MK Ofer Shelach (Yesh Atid) discussed recent developments in Israeli politics and the question of how to improve the integration of the Arab minority into Israeli society.

The question whether culture can be a tool for uniting Arabs and Jews was debated on a panel with Tamer Nafer, singer and actor. Another panel dealt with the relationship between Arabs and Jews in the media.

The musical interlude by Hiba Bathish, who performed Arab songs, rounded up the successful event.