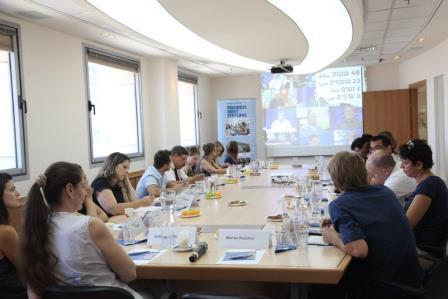 On June 6th, 2016 FES-Israel welcomed foreign diplomats and representatives of the international press to a presentation on the topic “Diversity and Arab representation in Israel’s mainstream Hebrew Media“. Sikkuy Co-Directors Ron Gerlitz and Rawnak Natour presented the work of their organization to advance a shared society for Jews and Arabs in Israel.