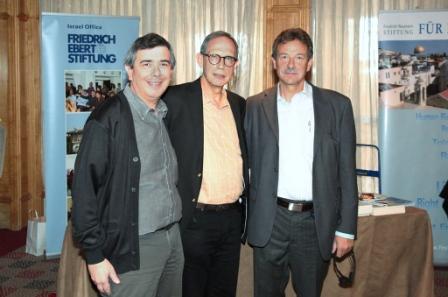 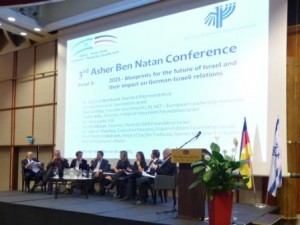 The 29th of October in Tel Aviv was entirely dedicated to the German-Israeli relations by conducting the now third Asher Ben Natan Conference and opening the exhibition “Israelis & Germans – the Exhibition”. Asher Ben Natan became the first Israeli ambassador to Germany in 1965 and thus laid the foundation of the special diplomatic German-Israeli relations. This is the reason why the conference, where Israeli and German politicians, journalists, scientists and opinion leaders come together, is named after Asher Ben Natan. The Israeli-German-Society, the German-Israeli-Society and the Friedrich-Ebert-Stiftung Israel initiated this conference in 2012. Their aim was to establish an exchange and discussion platform and to reach the public at large. 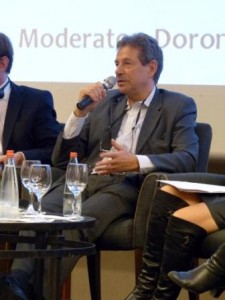 In the first panel Israeli and German journalists and Knesset-Members discussed the role of media in the Mideast conflict. Among others MK Nachman Shai (Zionist Union) and journalist Gisela Dachs (ZEIT-German Newspaper) joined the debate. The podium guests agreed that the media coverage in Germany is very often biased when it comes to the Mideast Conflict. This development contradicts the official German attitude towards Israel.

In the second panel representatives of different German political foundations discussed with Israeli experts blueprints for the future of Israel and their impact on German-Israeli Relations. Besides the Mideast Conflict also topics like the economic relations and the civil marriage in Israel were debated.

Following the fruitful discussion, guests and experts attended the vernissage of the exhibition “Israelis & Germans – the Exhibition“. The exhibition about the diplomatic relations of Germany and Israel will tour Israel until the end of 2015.