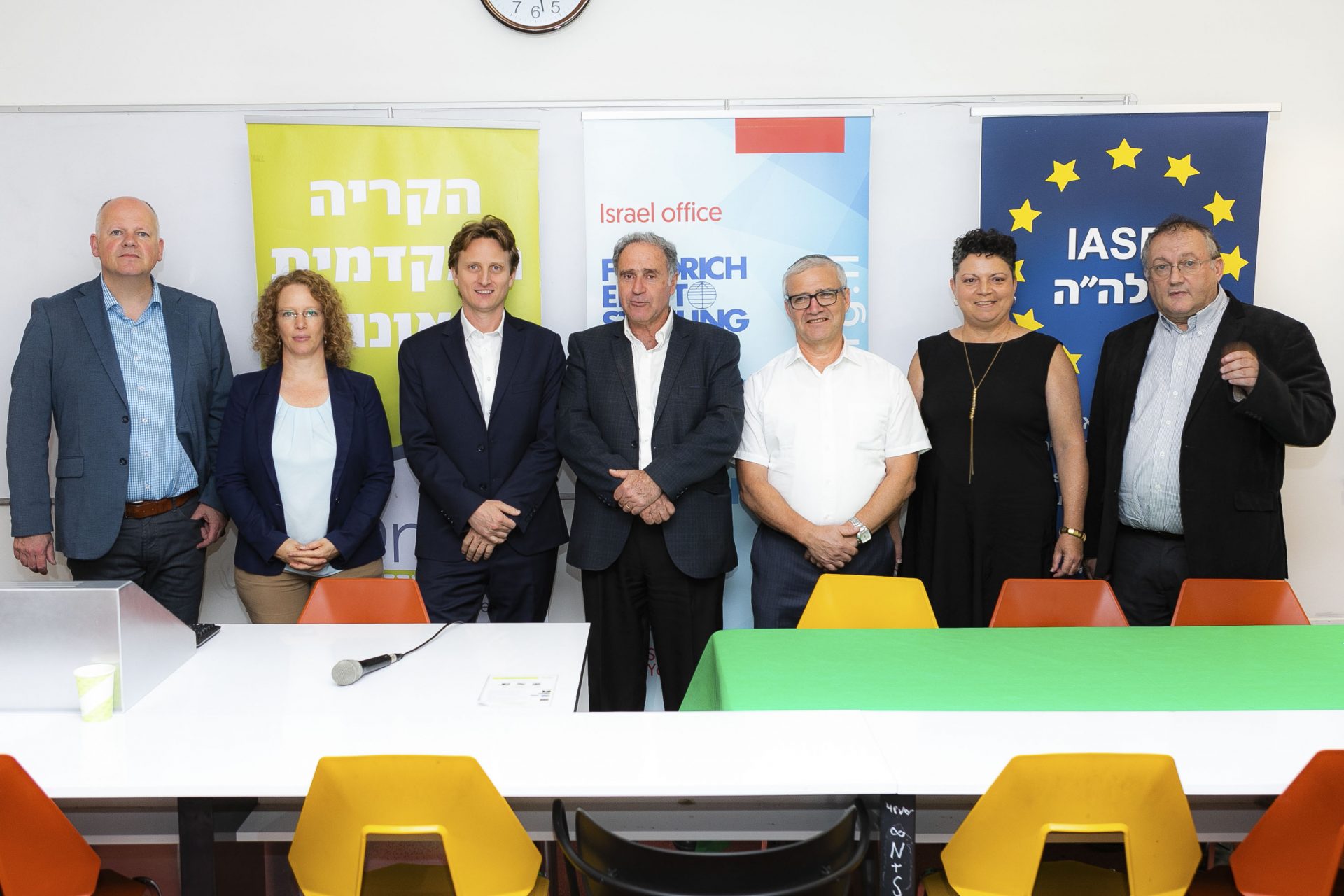 What might be the impact of an applied Brexit on the international relations of the EU, the UK, and Israel? What may be the economic, political, legal and global consequences of Great Britain leaving in the European Union? And what does this mean for international partners and third countries? The workshop “Brexit’s Impact on International Relations – The EU, UK and Israel” aimed at dealing with these arisen questions and was organized by the Ono Academic College Law School, in cooperation with the Israeli Association for the Study of European Integration (IASEI) and the Friedrich-Ebert-Stiftung. It took place on Sunday the 27th of October 2019 on the campus of the Ono Academic College.

Dr. Maya Sion-Tzidkiyahu (Co-President of IASEI), Dr. Elad Finkelstein (Coordinator of the Law School Faculty Seminar) and Dr. Rachel Frid DeVries (Senior Lecturer at the Ono Academic College Law Faculty) welcomed guest speaker Professor Ramses Wessel from the University of Twente in the Netherlands. Being specialized in International and European Law and Governance, Professor Wessel presented an analysis of likely development of the EU’s international agreements in the light of an imminent Brexit, as well as foreign and security policy. He further illuminated the problematic of renegotiating international trade agreements pre- and post-Brexit between the UK, the EU and third countries (especially Israel).

In the following roundtable discussion, Professor Arie Reich (Jean Monnet Chair at the Faculty of Law at Bar Ilan University) , Daniel Kolbar (Director of Bilateral Trade Agreements at the Israeli Ministry of Economy) , Dan Catarivas ( Chairman of Israel – EU Chamber of Commerce) and Professor David Newman (Department of Politics and Government at Ben-Gurion University of the Negev)  discussed the impact of a potential Brexit on the global relations between Israel, the UK and the EU. Besides the consequences of trade, economic, legal and security partnership, as well as research and development frameworks between these three actors, it was further discussed how future agreements might look like and what kind of Brexit might take place.