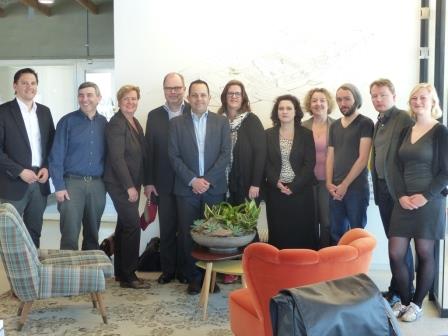 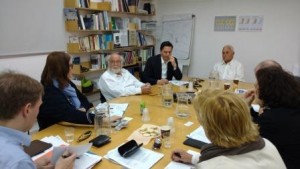 Between March 29th and April 1st the delegation of the working group Israel of the Social Democratic Parliamentary Group in the Bundestag, headed by the Vice President of the German-Israeli Society (DIG) Christian Lange MdB, visited Israel to get an insight into the growing high-tech sector of the Israeli economy. Furthermore, the delegation gained an overview of the latest developments of Israeli society with special focus on the Middle East conflict. The entire program was organized and carried out by FES-Israel. 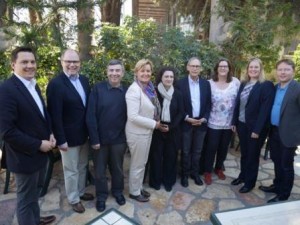 In addition to the visit at Citi Innovation Centre and the project “Startup City” the delegation met Grisha Alroi-Arloser, Managing Director of the German-Israeli Chamber of Commerce and Chairman of the Israeli-German Society (IDG), to exchange on economic cooperation in the high-tech sector and the bilateral relations between Israel and Germany. Furthermore Yariv Oppenheimer, General Director of the NGO Peace Now, and Nimrod Goren, Chairman of Mitvim – The Israeli Institute for Regional Foreign Policies, offered some insights into prospects for a peaceful conflict resolution for the Middle East. Moreover the delegation met their Israeli counterpart MK Nachman Shai, Israeli Labor Party – Zionist Union, and representatives of Meretz, headed by General Secretary Mossi Raz, to tighten the bond between Israeli and German social democracy. 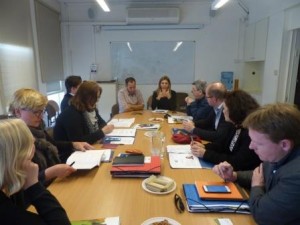 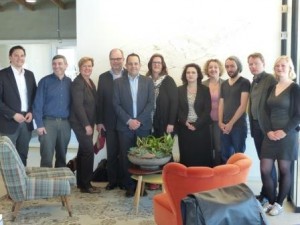 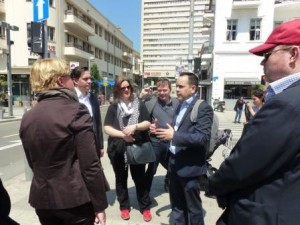 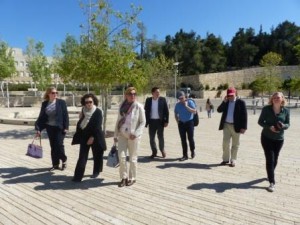 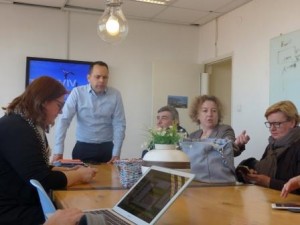 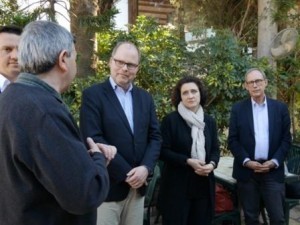 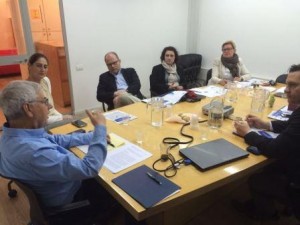 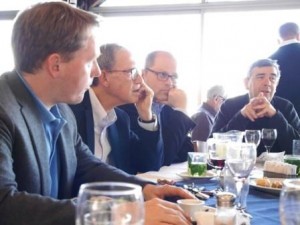