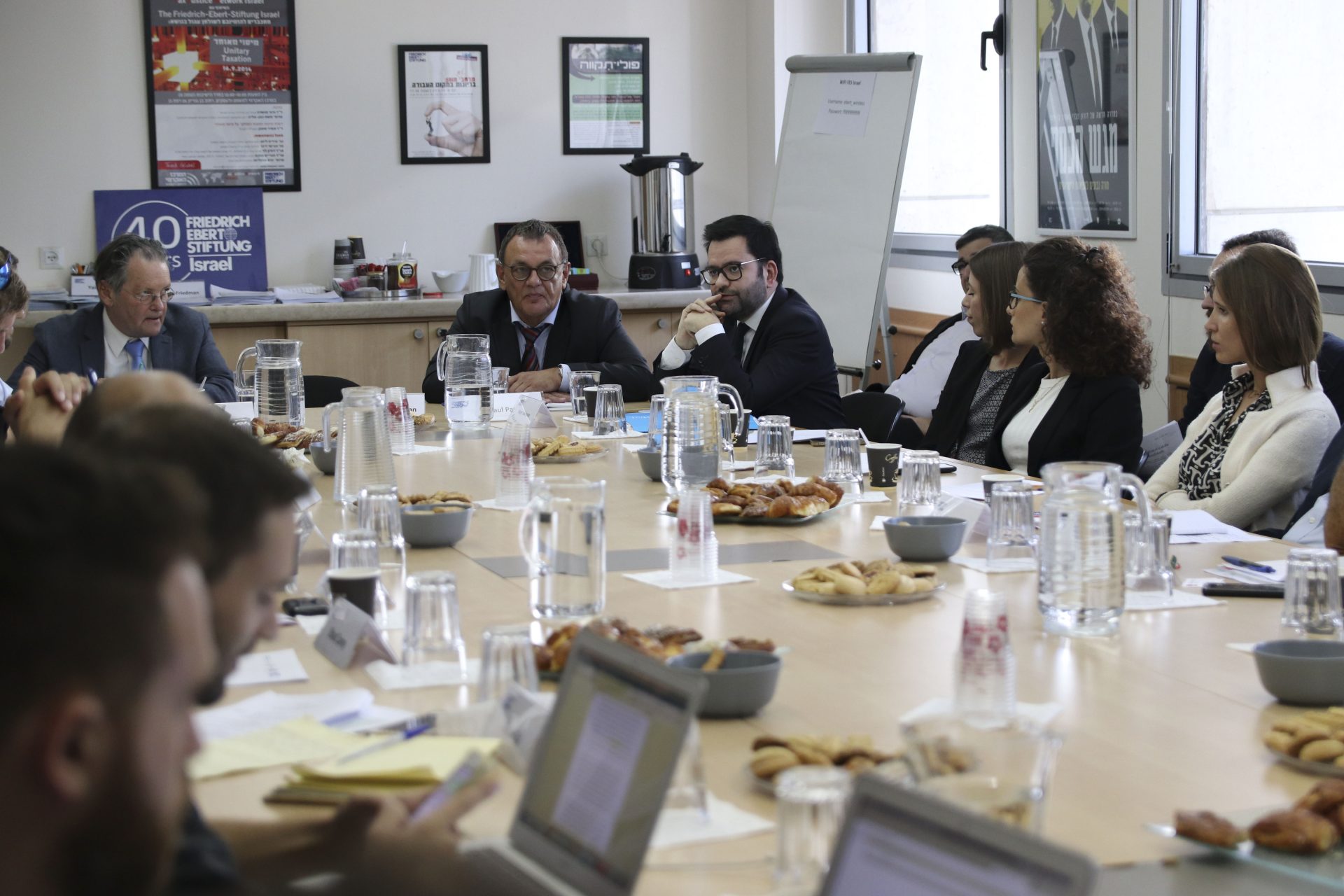 On September 24th Friedrich-Ebert-Stiftung Israel hosted a conference of the Israeli European Policy Network (IEPN) in cooperation with MACRO Center for Political Economics, the Universität der Bundeswehr München and the Universita Di Napoli L’Orientale under the title of “Climate Changes and its Implications on the Euro-East Mediterranean Region”.

The event was kicked off on September 23rd with a dinner in a Tel Aviv restaurant. After a short welcoming address by the director of MACRO Center, Dr. Roby Nathanson and the head of the EU delegation to Israel, Emanuele Giaufret, the attendees had the opportunity to listen to a talk by the Chief Scientist in the Israeli Ministry of Energy, Dr. Gideon Friedman, about the development and potentials of Israel in the field of renewable and sustainable energies.

The conference itself took place at the Herzliya offices of FES Israel and was attended by a great number of European and Israeli representatives from politics, civil society, diplomacy, and academia. Among them were former MK Yael Cohen Paran, Head of the EU Delegation to Israel Giaufret, Swedish ambassador to Israel Magnus Hellgren and many more experts on the issue.
The meeting was opened by Dr. Paul Pasch, Director of FES Israel and Dr. Roby Nathanson.

The conference was split into three panels, each dealing with a different aspect of the topic:

(1) Regional, Environmental and Geopolitical Consequences of Climate Change in Europe and the MENA Area

The IEPN was founded in 2003 by the Israeli office of the Friedrich-Ebert-Stiftung. Its unique purpose is to advance an open, continuous and constructive dialogue between academia, diplomats and decision-makers from Israel and the EU on the width of bilateral relations and regional issues.