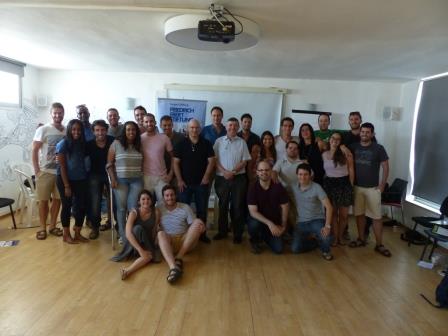 The 13th Politikva-Course for young, politically engaged progressive leaders concluded on July 29th, 2016. Members of the Knesset MK Omer Bar-Lev (Avoda), and MK Tamar Zandberg (Meretz) were guests at the closing event. In a political panel discussion they debated perspectives of Israel’s political left. During the evaluation that followed, the participants voiced great satisfaction with the course which received a great deal of praise. The participants also developed ideas on how to strengthen ties between over 200 Alumni and organize joint events. The ceremonial event concluded with the conferral of certificates to the graduates.