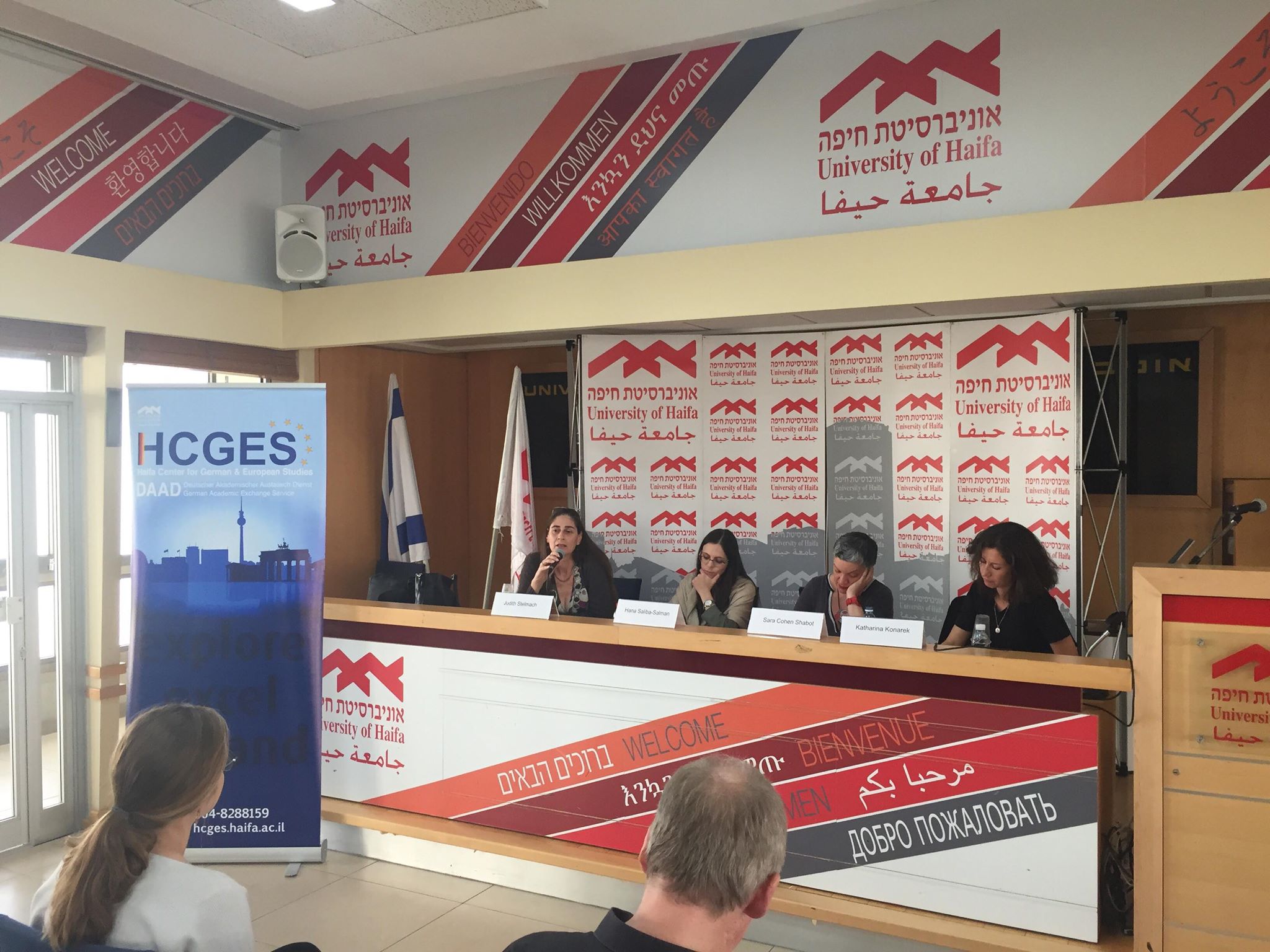 In the context of International Womens’ Day on March 8, 2018, our project manager Judith Stelmach was invited to participate in a panel discussion about ‘#metoo in Israel and Europe’ at the Haifa Institute for German and European Studies at the University of Haifa.

Here she provided the international audience with recent numbers and data on women in European politics, peculiarities and consequences of #metoo in different EU countries, information on sexual harassment numbers in the EU, and gave an outlook on possible strategies for improving the position of women in Europe. Her input was followed by a lively discussion with the two other speakers, gender philosopher Dr. Sara Cohen-Shabot and PhD candidate Hana Saliba-Salman who reflected on the situation of Arab women in Israeli society.

The discussion allowed the audience to gain a comprehensive overview on current developments in gender studies, the current situation of women in society and politics in Israel and Europe. Despite numerous improvements and efforts, massive grievances regarding gender equality, especially in politics, have still to be overcome – both in Israel and in Europe. The panel discussion was moderated by Katharina Konarek from the Haifa Center for German and European Studies.