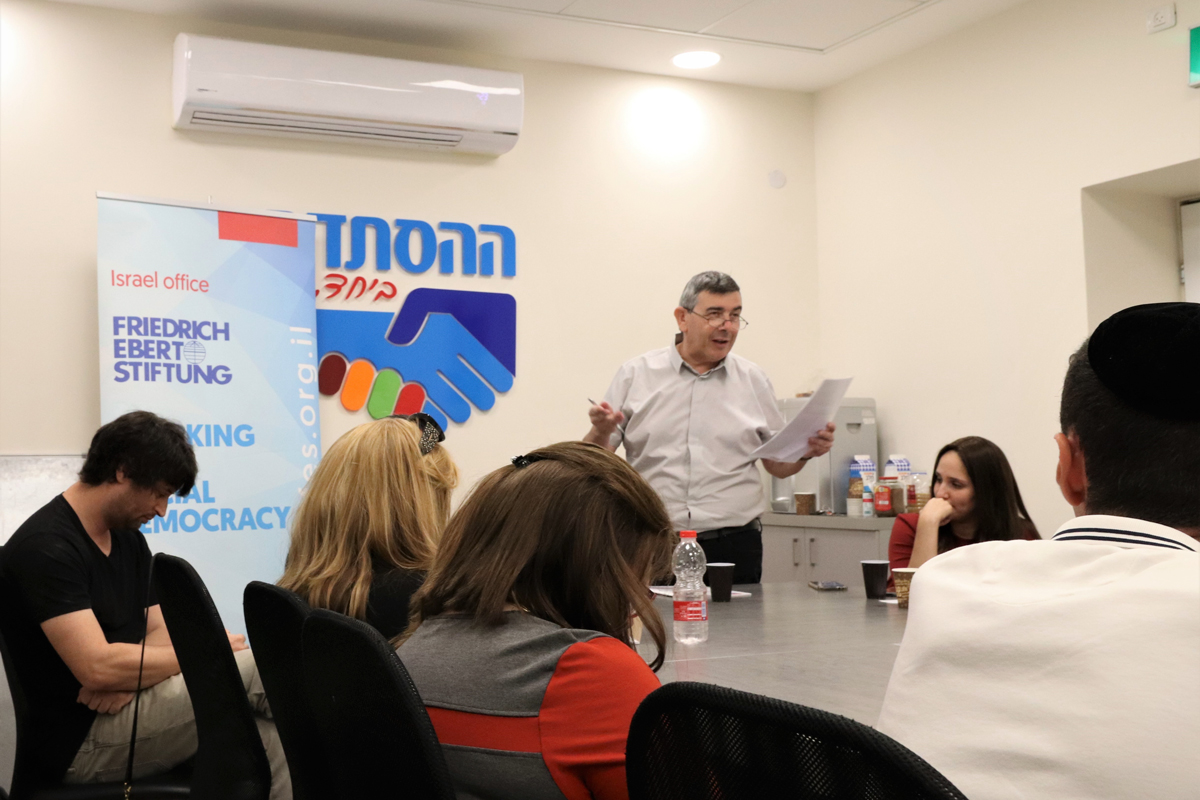 On July 29th, after nine intensive meetings lasting several hours, the fifth course for an ultra-Orthodox (Haredim) group was evaluated and solemnly concluded. This special program, which has already produced over 100 graduates over the years, is run by the Friedrich Ebert-Stiftung in cooperation with the Berl Katznelson Foundation.

The “Haredim for the State” course series is aimed specifically at ultra-orthodox Jews who are interested in politics. Within the framework of the meetings, the participants are familiarized with the different facets of Israeli society from a social democratic perspective and motivated to engage in political activity.