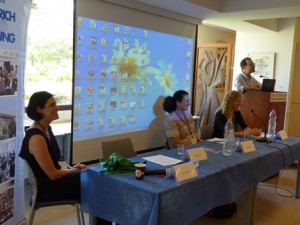 On the occasion of the 50th anniversary of the establishment of full diplomatic relations between the State of Israel and Germany, the FES in cooperation with the Wiener Library for the Study of the Nazi Era and the Holocaust, the Kantor Center for the Study of Contemporary European Jewry, the Minerva Center for Human Rights, and the Minerva Institute for German History at Tel Aviv University launched an interdisciplinary conference with international experts on the topic „Towards Reconciliation – Confronting the Past and Accepting Accountability in the International Arena“. Prof. Ruth Lapidot, Professor Emeritus at the Hebrew University of Jerusalem, and Senior Researcher at the Jerusalem Institute for Israel Studies, broke the first ground with her keynote on “The Search for Peace and Reconciliation – Jerusalem as a Special Case?” presenting legal aspects of the dispute over Jerusalem and possible solutions towards peace and reconciliation between Israel and the Palestinians.
Theuniqueness of the conference was the interdisciplinary tackling of the subject. Sessions included experts from the fields of history (e.g. Derek Catsam, University of Texas), psychology (e.g .Maya Kahanoff, Hebrew University of Jerusalem), theology (e.g. Urszula Pekala, Leibniz Institute of European History), political sciences (e.g. Amal Jamal, Tel Aviv University), literature (e.g. Idit Alphandary, Tel Aviv University). 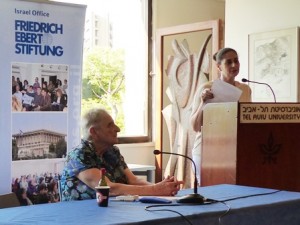 Interesting were the different approaches to accountability and reconciliation: Amal Jamal (Tel Aviv University) and Maya Kahanov (Hebrew University Jerusalem) examined the personal and social effects of collective trauma and suggested some principles and mechanisms of recognition as well as constructive approaches of reconciliation in the context of the Israeli-Palestinian conflict.

Maya Michaeli from Tel Aviv University used two works of literature to closer examine the issue of „reconciliation“, Annette Vowinckel (Humboldt University Berlin) presented a selection of German fictional films on National Socialism and the Holocaust such as „Generation War“, and argued that the predominant „we suffered too“ narrative would hinder reconciliation between Germany and Israel instead of enhancing it. Derek Catsam shed light on the ambivalence of forgiveness in the context of South Africa’s Truth and Reconciliation Commission, arguing that this commission was crucial to understand not only the transition from an apartheid 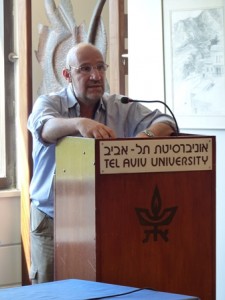 state towards a democracy, but also to understand other current and future post-conflict environments. The last speaker and roundtable participant, Meir Litvak, Professor at the Department of Middle Eastern History and expert on Islam argued that the aim of reconciliation is actually rare in the Middle East for reasons such as security as a primary objective and the power of history that is used as a tool for identification.

Speakers at the Conference include Israeli and international academics,  journalists and experts in the field of Holocaust Research.

Program of the Conference.

Download the Abstracts of the various Presentations at the Conference.