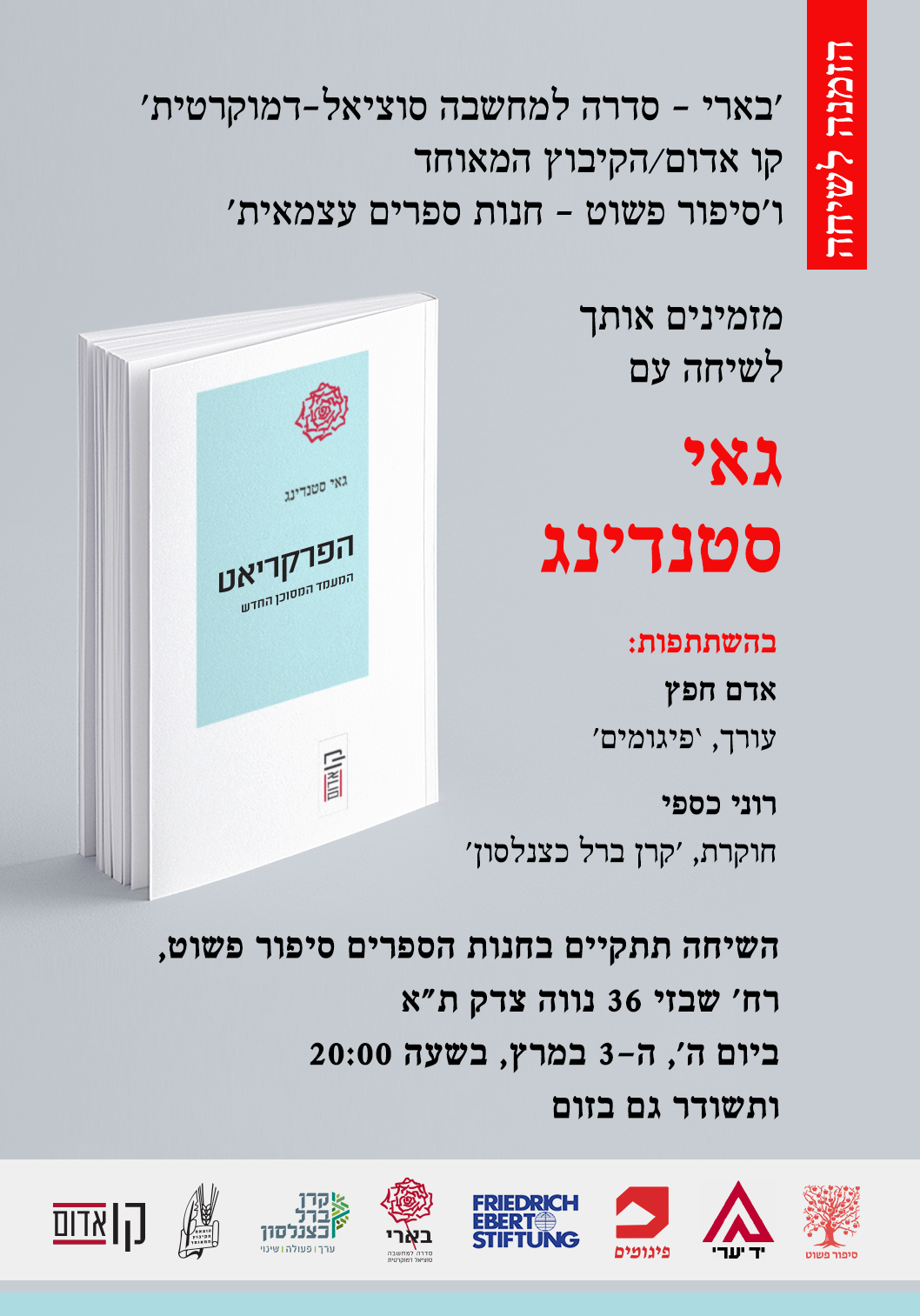 In collaboration with Be’eri – A Series for Social-Democratic Thought, Kav Adom / Kibbutz Hameuchad, and Sipur Pashut – Independent Bookstore, FES Israel organized a hybrid talk with Guy Standing about his book “The Precariat” on Thursday evening, 03.03.2022.

Guy Standing explained via Zoom in a moderated discussion by Adam Hefetz the Coordinator of Be’eri – A Series for Social-Democratic Thought and Ronnie Caspi from the Berl Katznelson Foundation the characteristics of an emerging global class: the precariat. The latter consists of workers which are employed irregularly in unstable, unsatisfactory jobs without a fair wage and social rights. Standing outlined the urgent need to promote “politics of paradise” where the redistribution of resources and a secure income provide a barrier against political extremism and meet the needs and aspirations of this new class.

In the second part of the conversation, participants could ask questions and discussions about the Universal Basic Income, the role of trade unions in the reality of the precariat, and the need to re-conceptualize the concept of work followed.

The hybrid conversation was streamed on Zoom and can be watched on the Facebook page of Sipur Pashut – Independent Bookstore. The Hebrew translation of Guy Standing’s book can be purchased directly at the bookstore or on its website. 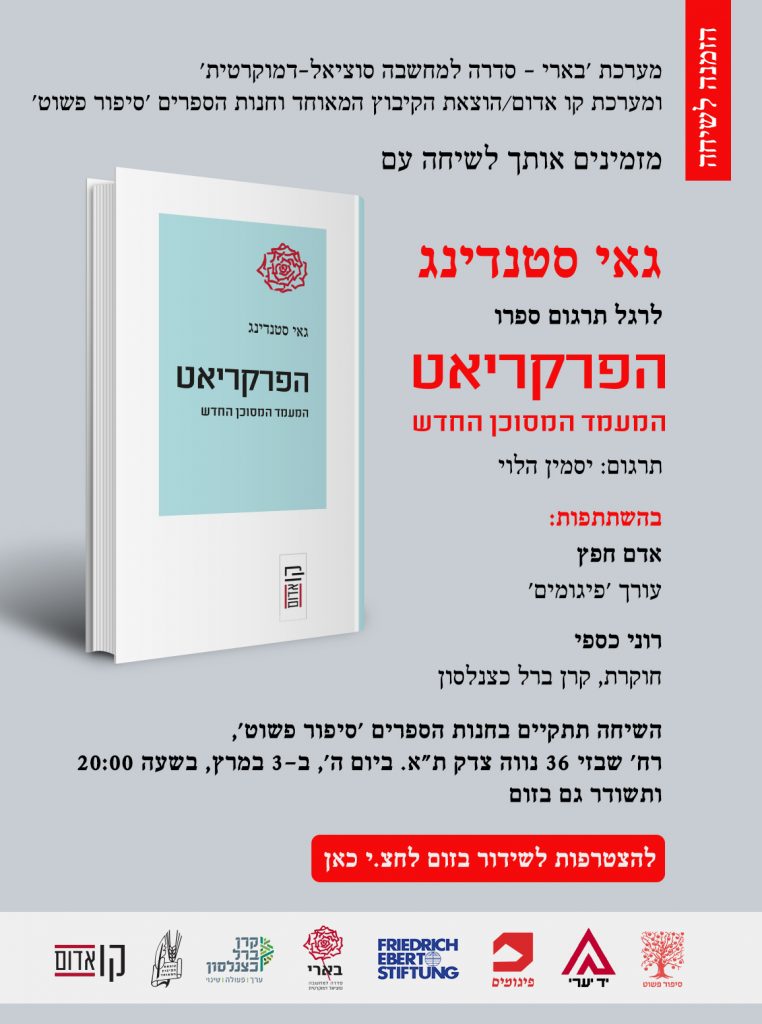