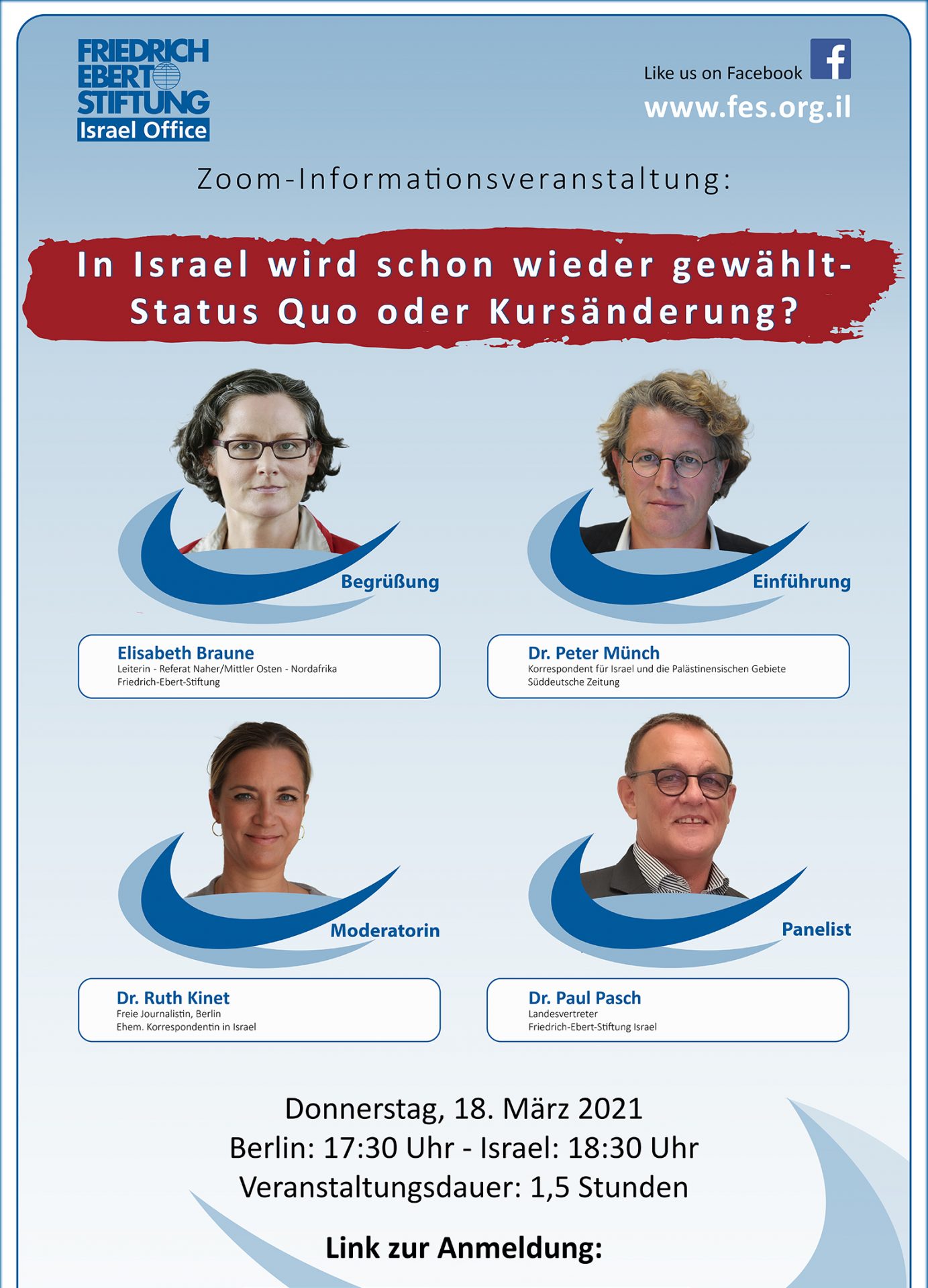 We cordially invite you to an online event “Again Elections in Israel – Status Quo or on Our Way To a Change of Direction”.

For the fourth time in just two years, Israel’s citizens will have to elect a new parliament on March 23rd. These early elections also mean the end of the government of national emergency, which may be in office for less than a year. Prime Minister Benjamin Netanyahu had allegedly achieved two goals again: on the one hand, to set a favorable election date for him and, on the other, to as good as destroy his greatest political rival to date, Benny Gantz and Blau-Weiß. The 71-year-old premium is currently scoring points with the successful vaccination campaign against Corona. In addition, he can refer to foreign policy successes in the election campaign, such as the peace and normalization agreements with the United Arab Emirates, Bahrain, Sudan and Morocco. In contrast, Gantz’s alliance has as good as disintegrated.

In the elections there is once again a significantly changed party constellation, split up into right-wing, left-wing, religious and Arab parties. The key question of these elections remains unchanged: Netanyahu yes or no. While the center and the left clearly oppose participation in government under Netanyahu as prime minister, both the right and the Arab parties are divided on this point. It is not ideological issues that determine the election campaign, but apparently solely the political survival of the prime minister, who has been accused of fraud, corruption and abuse of office and who is striving for a majority that guarantees him immunity from the legal proceedings that are already underway against him.

How can this development be explained? What does the election result mean for Israel and Israeli society? Where have the progressive forces in the country gone? Why has the Israeli-Palestinian conflict completely disappeared from public discussion? And what does a possible re-election of Netanyahu mean for geopolitical developments and Israel’s relationship with Germany and Europe? We want to discuss these and other questions with you and our experts on March 18th.

We look forward to hearing from you!

* The event will be broadcasted live on our Facebook page.