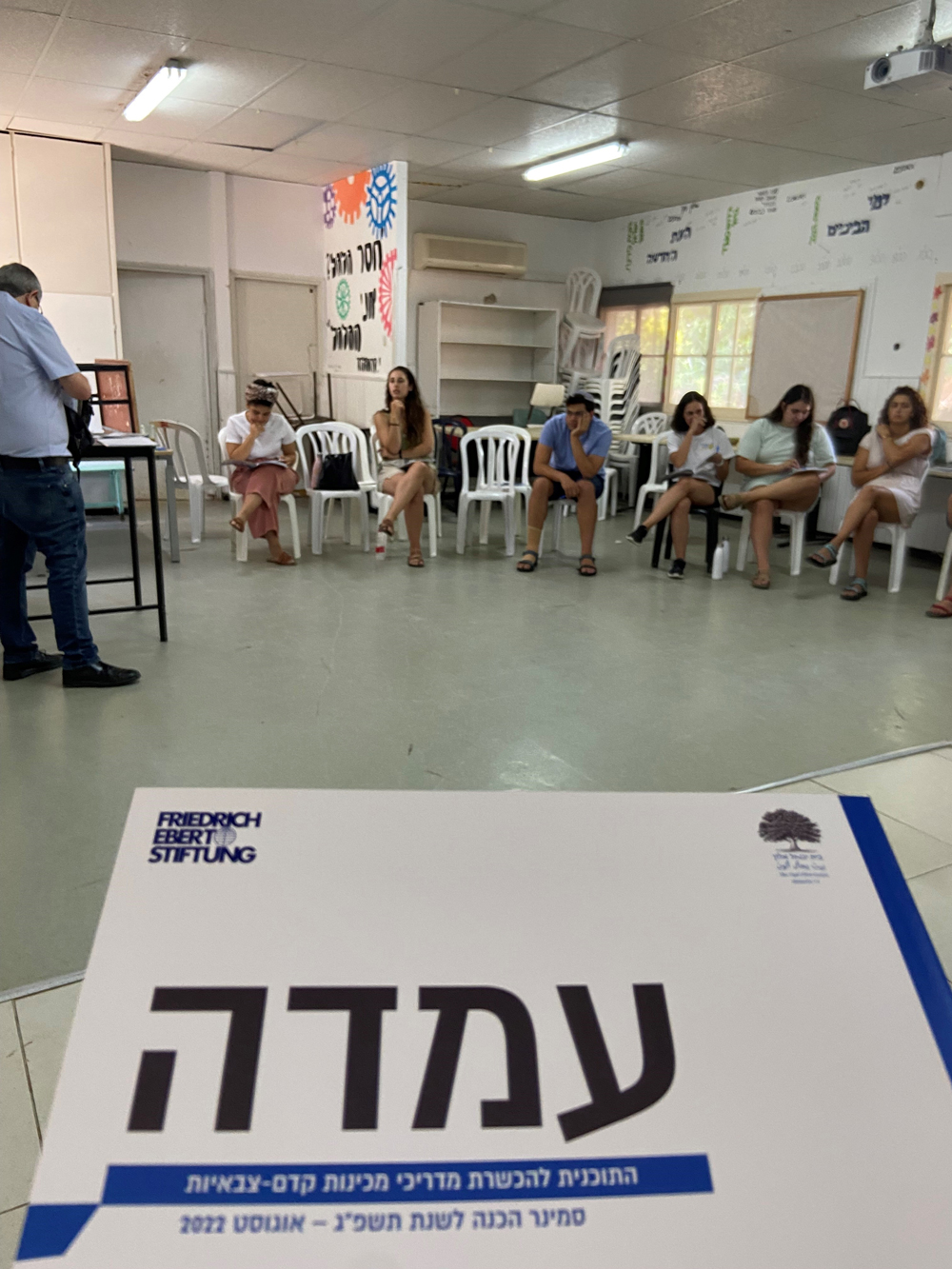 Not all Israelis join the army immediately after graduating from high school. Some choose a year of service in pre-military preparatory academies. In collaboration with the Yigal Alon Center, the World Zionist Organization, the Shalom Hartman Institute, and the Joint Council of Mechinot, the Friedrich-Ebert-Israel Foundation is promoting a program for faculty in pre-military preparatory academies.

On August 15, an “EMDA” seminar was opened for pre-military instructors at Kibbutz Kfar Ruppin. The course lasted 5 days, 29 instructors from 10 different pre-military preparatory programs took part in it.

Micky Drill, Project Manager at FES Israel, gave a lecture in which he examined how social democratic values – freedom, justice and solidarity are imbedded in Israeli society. In addition he talked with the participants about FES-Israel Foundation’s core issues such as Arab-Jewish relations, social justice and gender justice.

The instructors initiate various projects with the help of the acquired knowledge, such as intercultural encounters and the promotion of initiatives and ideas that subsequently are implemented in the preparatory courses themselves.