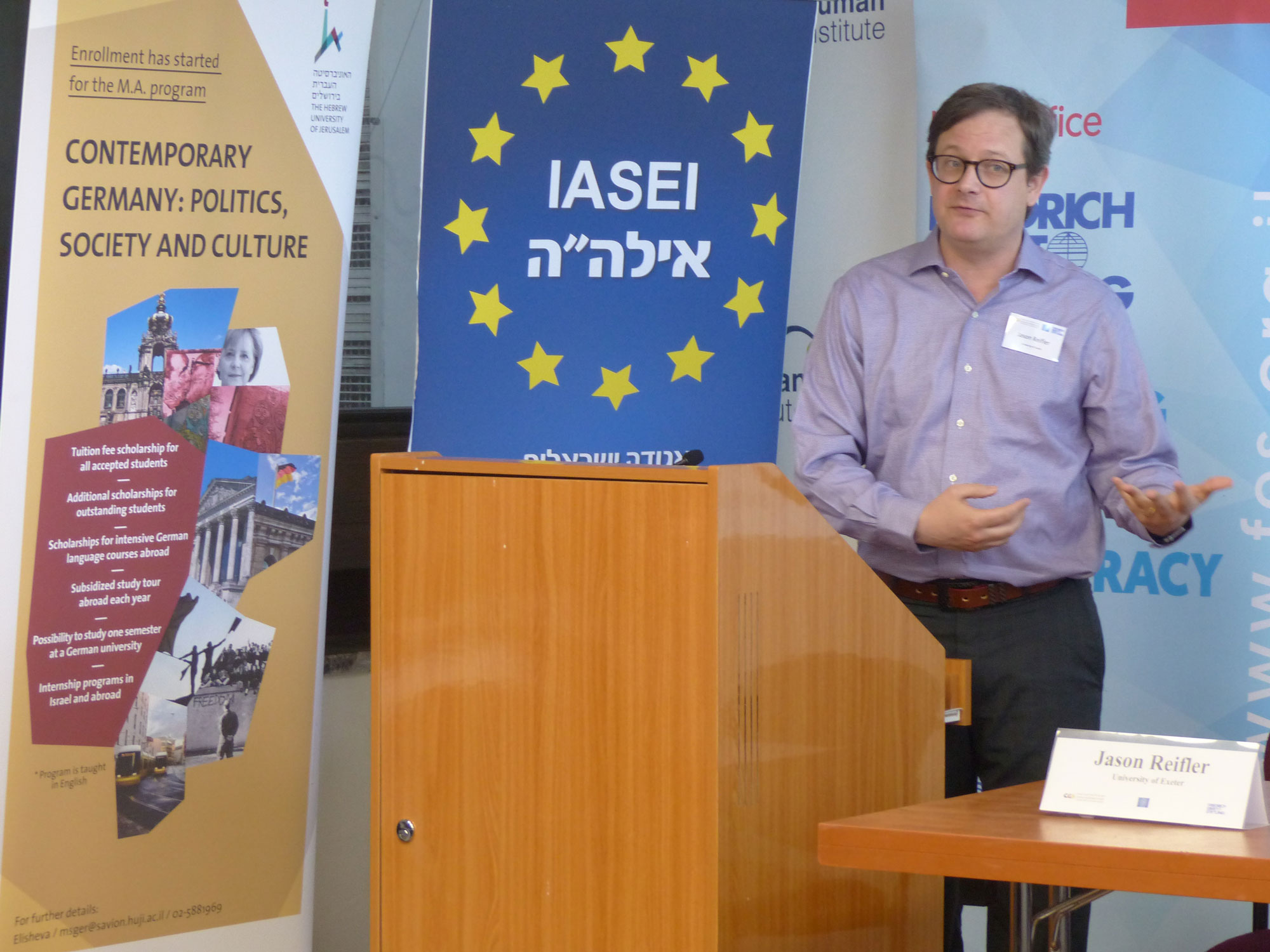 It’s nothing new: Lies have always been used to exert political influence, to win wars or to bring down opponents. However, in combination with social media sites such as Facebook, the phenomenon of misinformation is gaining new explosiveness: so-called fake news today, endanger the foundation of liberal democracies – as well as the European Union.

To discuss the importance of this topic, the Israeli Association for the Study of European Integration (IASEI) together with the Friedrich-Ebert-Stiftung Israel organised a conference at Hebrew University Jerusalem on 15 May 2019 entitled “Fake News and Disinformation in/and about Europe and the EU”.

The professor from Exeter in Great Britain had analysed several data sets on the online behaviour of Americans from 2016 and 2018. According to him, the consumption of misinformation is mainly concentrated on people who hold extremely conservative views. Compared to 2016, the proportion of people exposed to fake news was significantly lower two years later, Reifler said. This had to do in particular with the fact that Facebook had changed the algorithm that determines what users get displayed on the website. That however brought negative effects with it as well: In return, the proportion of authentic political news in the timeline shown to users has also fallen sharply, so that serious online media have to contend with declining numbers of views. The fight against fake news had also damaged the very media outlets, which could actually oppose false information.