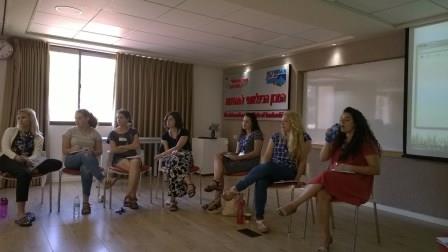 The Seminar  also provided an opportunity for a fascinating meeting of leading women active in the public-political field, such as Shai Czarny, Nihal Abu-Johar, Noga Klinger, Bracha Barad and Or Sionov.