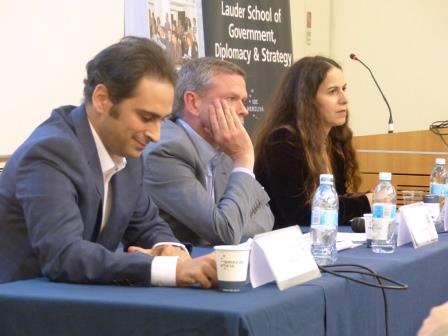 Invitation to the Panel Discussion

The currently broadly discussed question about the dealing of the EU with the refugee matter was the topic of a panel discussion that took place at the Interdisciplinary Center Herzliya (IDC) on March 27th.

Speakers of the event, initiated by FES and the Israeli Association for the Study of European Integration – IASEI were Dr. Steve Ohana, Associate Professor at the Parisian ESCP Europe Business School and Mark Gallagher, Head of the Political and Press Section at the Delegation of the European Union to Israel. Dr. Esther Lopatin, director of the Center for European Studies at the IDC Herzliya moderated the discussion. Micky Drill of FES Israel and Dr. Shai Moses, Co-President of IASEI welcomed the participants and guests.

After keynote speeches by the discussants which dealt with the economic reasons of the current crisis as well as with possible crisis-solving approaches, questions from the audience, mostly students at the IDC, were answered. A discussion about the European border policy, but also about the general outlook on the future perspectives of the union followed. 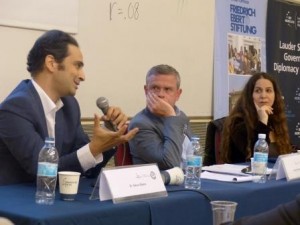 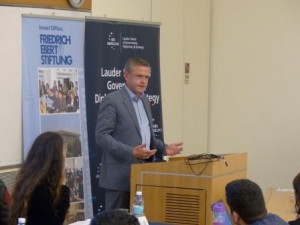 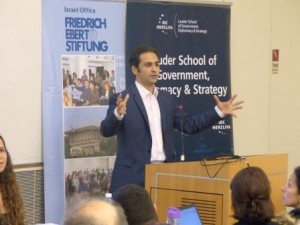 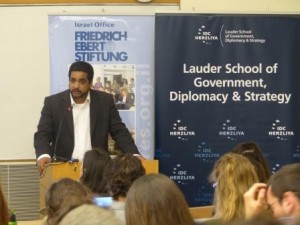 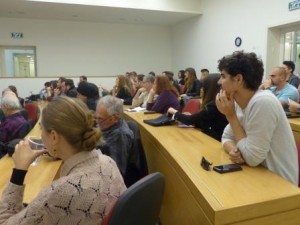 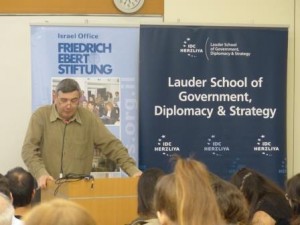 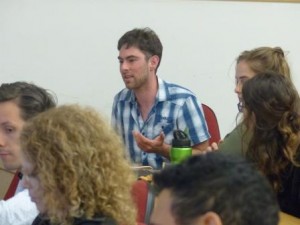 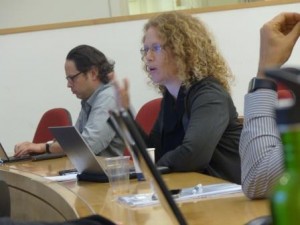