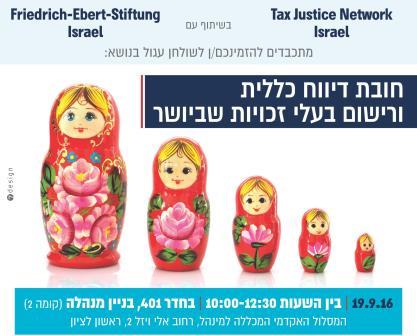 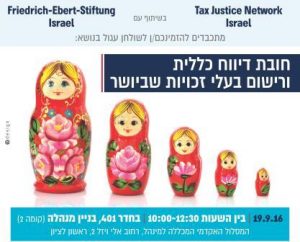 After the Tax Justice Network had presented its latest report, the experts discussed its findings and proposals. The demand for a general mandatory income tax reporting, which should help tackling illegal earnings, terror financing and avoidance of taxes, was both welcomed and criticized by the circle of experts. Among the experts were representatives of the research department of the Bank of Israel, the Israel Money Laundering and Terror Financing Prohibition Authority, the Israel Corporation Authority and other legal experts.