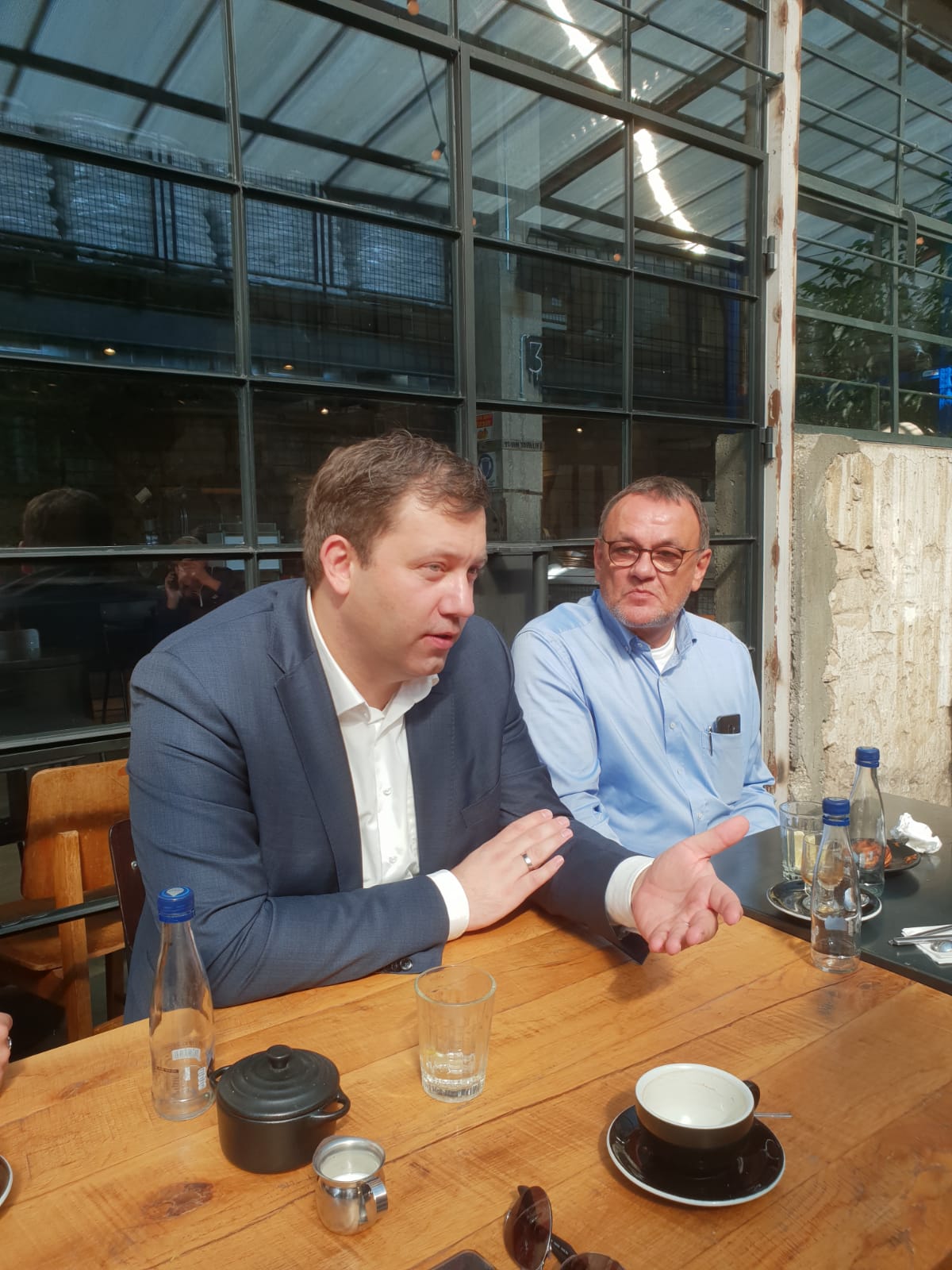 MP Klingbeil 3 days visit to Israel was accompanied by FES Israel Director – Dr. Paul Pasch. Upon his arrival in Israel MP Klingbeil met the International Secretary of the Israeli Labor Party (Avoda), Hilik Bar, to be filled in about the current state and options of a government building in Israel. Subsequently, MP Klingbeil had the opportunity to exchange opinions with his Avoda counterpart, Eran Hermoni. Besides assessments of the political situation in Israel, the two general secretaries shared their experiences of organizational approaches within their respective parties.

On 31st of October, a day after his arrival, MP Klingbeil got together with Nitzan Horowitz (head of Meretz party) and Tomer Reznik (General Secretary of Meretz) to discuss the state of social-democratic relations between Germany and Israel, as well as a potential government building and the consequences of the last elections. Furthermore, the connection between foreign and domestic politics and its impact on German-Israeli relations was addressed.

On Friday morning, a meeting with Dr. Susanne Wasum-Rainer, Germany’s Ambassadress to Israel took place. MP Klingbeil received a briefing on the current German-Israeli diplomatic relations. Hence, the Israeli perception of the German relationship to Iran, as well as the impact of the BDS-Resolution proposal in the Bundestag were discussed. Again, the connection between domestic politics and foreign political relations and work was emphasized.

Following this meeting was a visit to Yad Vashem – the world holocaust remembrance center. There, MP Klingbeil received a guided tour, where the history and details of the Shoah are explained through the exhibition of original objects, survivor testimonies, models, photographs, personal stories and details given through the tour guide. At the end of the visit, MP Lars Klingbeil laid a wreath of flowers in the Hall of Remembrance, after having lighted the Eternal Flame, in memory of the 6 million victims of the Shoah.