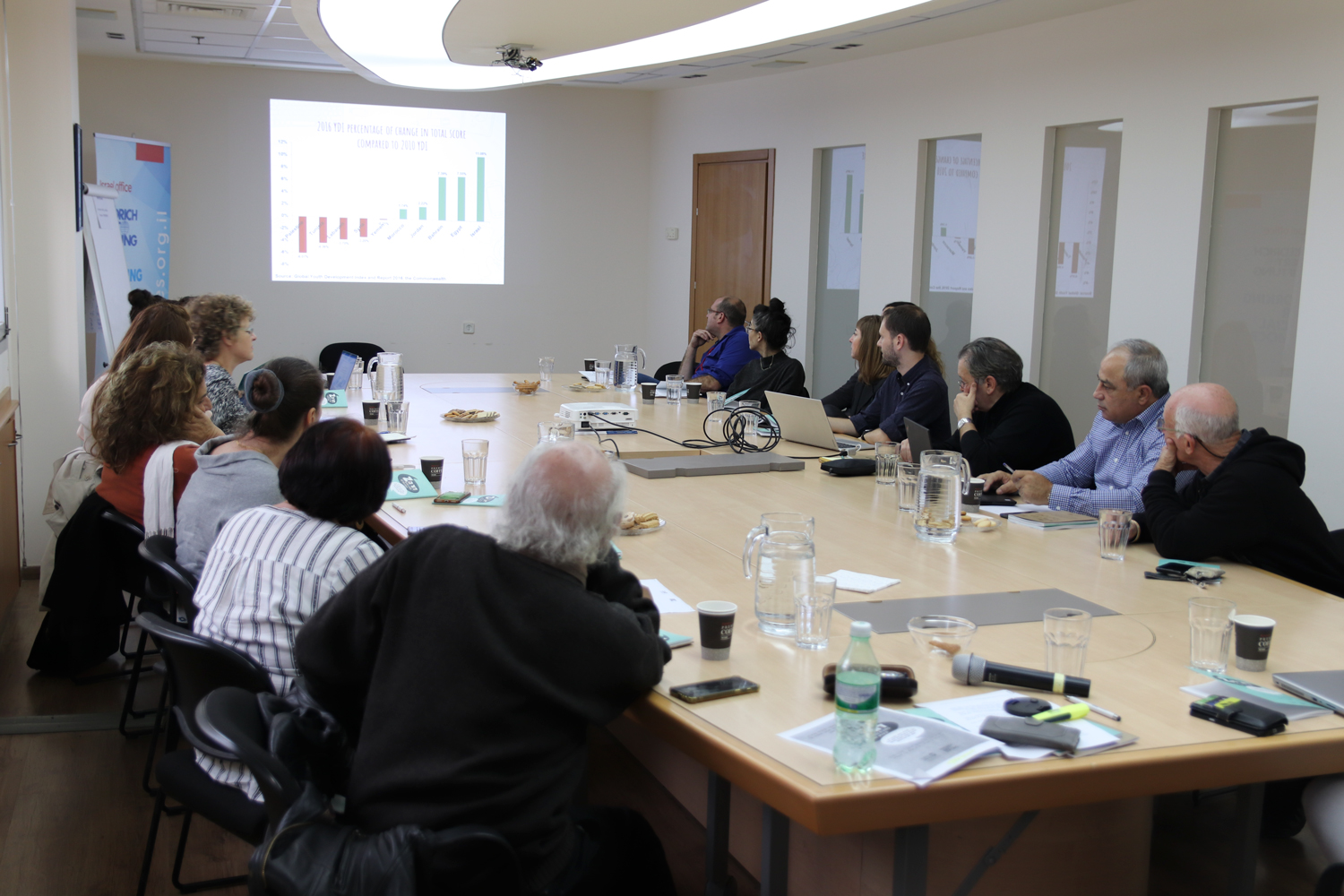 FES Israel in collaboration with the Macro Center for Political Economics has been conducting youth research since 1998 examining attitudes of young people in Israel on a variety of issues – social, demographic, economic, etc. The last survey was conducted in 2016. in parallel, in 2017, a similar study was first undertaken by the Friedrich Ebert Foundation among 9 major Arab countries – Egypt, Lebanon, Jordan, the Palestinian Authority, Syrian refugees, Morocco, Yemen, Bahrain, and Tunisia.

Less than one-third of Israeli Jews rated as 10th (highest) importance to freedom of speech, compared to 81% of Israeli Arabs. On average, Arab countries account for 42%, significantly higher than the Jewish population in Israel.

It can also be seen that in Arab countries a feeling of insecurity and exposure to violence is mainly associated with men, and these are indeed countries where disputes in the past decade have been expressed in military violence. In Israel, the trend for both Jews and Arabs is the opposite – women feel less secure and more vulnerable to violence. This could indicate that in Israel there is more awareness of violence against women and can report it more.

The study examines other areas such as education, financial security, and future expectations.