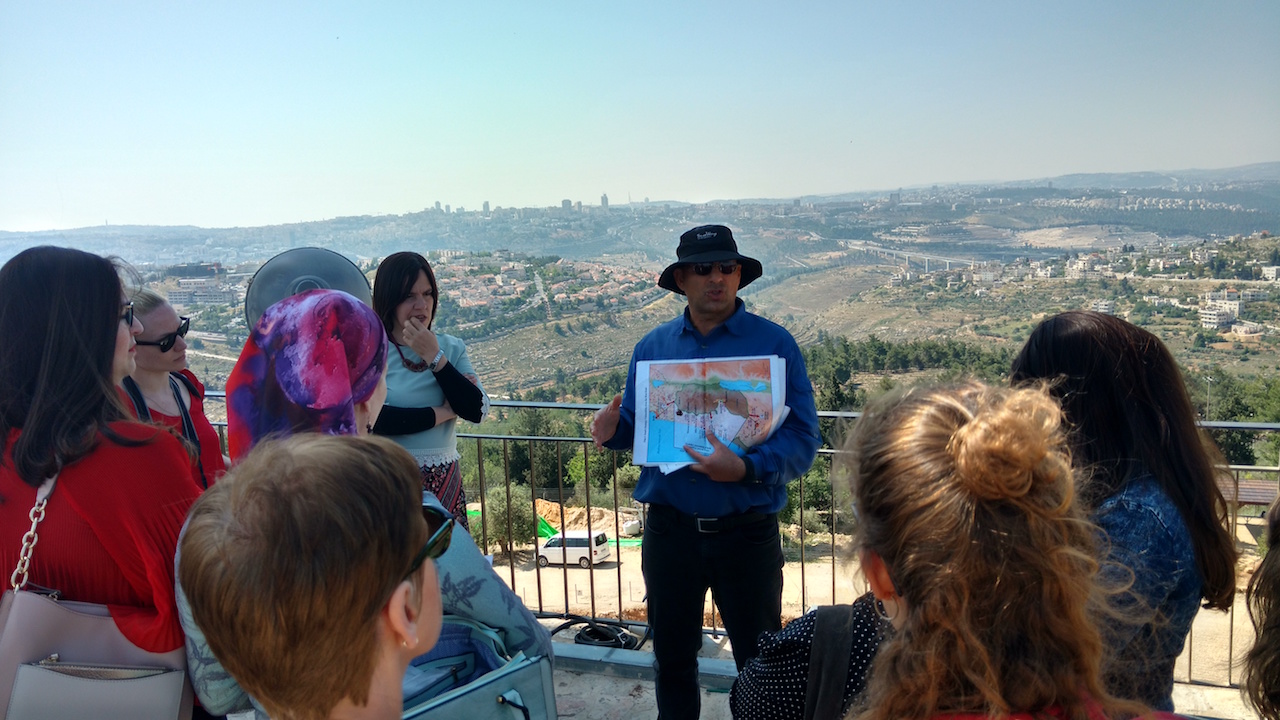 On April 29, a guided field tour to the Westbank for opinion leading women in the Ultra-Orthodox community took place in cooperation with the Peace and Security Association. The first destination was the observation point at the Tomb of Samuel North-West of Jerusalem. Col. (Res.) Dr. Shaul Arieli informed the group about the geo-political context of East-Jerusalem and its surroundings, security issues, the border dispute and Israeli settlements. Next stop was the first urban planned Palestinian city of Rawabi where the group joined a guided tour followed by a discussion with the planners of the city. Afterwards lunch was taken in Shilo and the group met with Tamar Asraf, spokeswoman of the Mateh Binyamin Regional Council who explained the historical and religious importance of Shilo in Judaism. The trip was part of a leadership and political education program for Haredi women. The goal of the field tour was to expose the participants to the situation on the ground, inform them about political, security and economic issues related to the Israeli-Palestinian conflict, and to discuss the possibility and implications of a two-state solution.