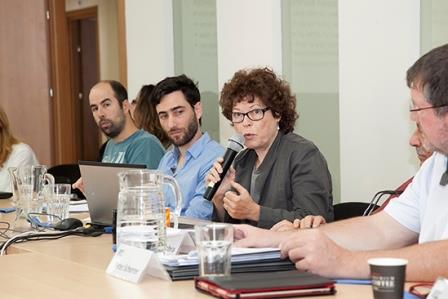 On the 20th of November the Friedrich Ebert Foundation organised in cooperation with the Histadrut and the European Trade Union Confederation (ETUC) a joint seminar on “The Future Challenges for Organised Labour in Israel and Europe”. Among the participants of the event were Philippe Pochet, director of the European Trade Union Institute and Peter Scherrer, Deputy General Secretary of the ETUC, as well as numerous representatives of the Histadrut.

The first panel focused on privatisation, outsourcing and precarious employment and their implication on organised labour. The second discussion evolved around the topic of digitalisation and its impact on the labour market. In the last panel the participants discussed the gender wage gap and how trade unions can contribute to the reduction of the gender wage gap.