What impact had the Open Skies aviation agreement on regular Israelis as well as Israeli society and economy as a whole? What are the up and downsides and how were the European-Israeli relations affected?

These issues were discussed at a symposium, organized by FES Israel together with the Israeli Association for the Study of European Integration (IASEI) and the European Forum at the Hebrew University.

Led by moderator Dr. Maya Sion-Tzidkiyahu, Co-President, The Israeli Association for the Study of European Integration, the guests elaborated on a variety of topics including how the agreement was put into place, the controversy it caused in Israeli society regarding security concerns and the Israeli dependence on aviation. An interested audience engaged in the discussion.

The quintessence of the event was clear: The agreement made flying for many Israelis more affordable, resulting in rising numbers of Israelis travelling to Europe and hence deepening personal connections on the continent. Although low-cost carriers had the opportunity to establish themselves in Israel, regular Israeli carriers still profited from the aviation agreement. The downside of this development is the increasing difficulty of the infrastructure at Ben Gurion Airport to cope with the sheer numbers of passengers. 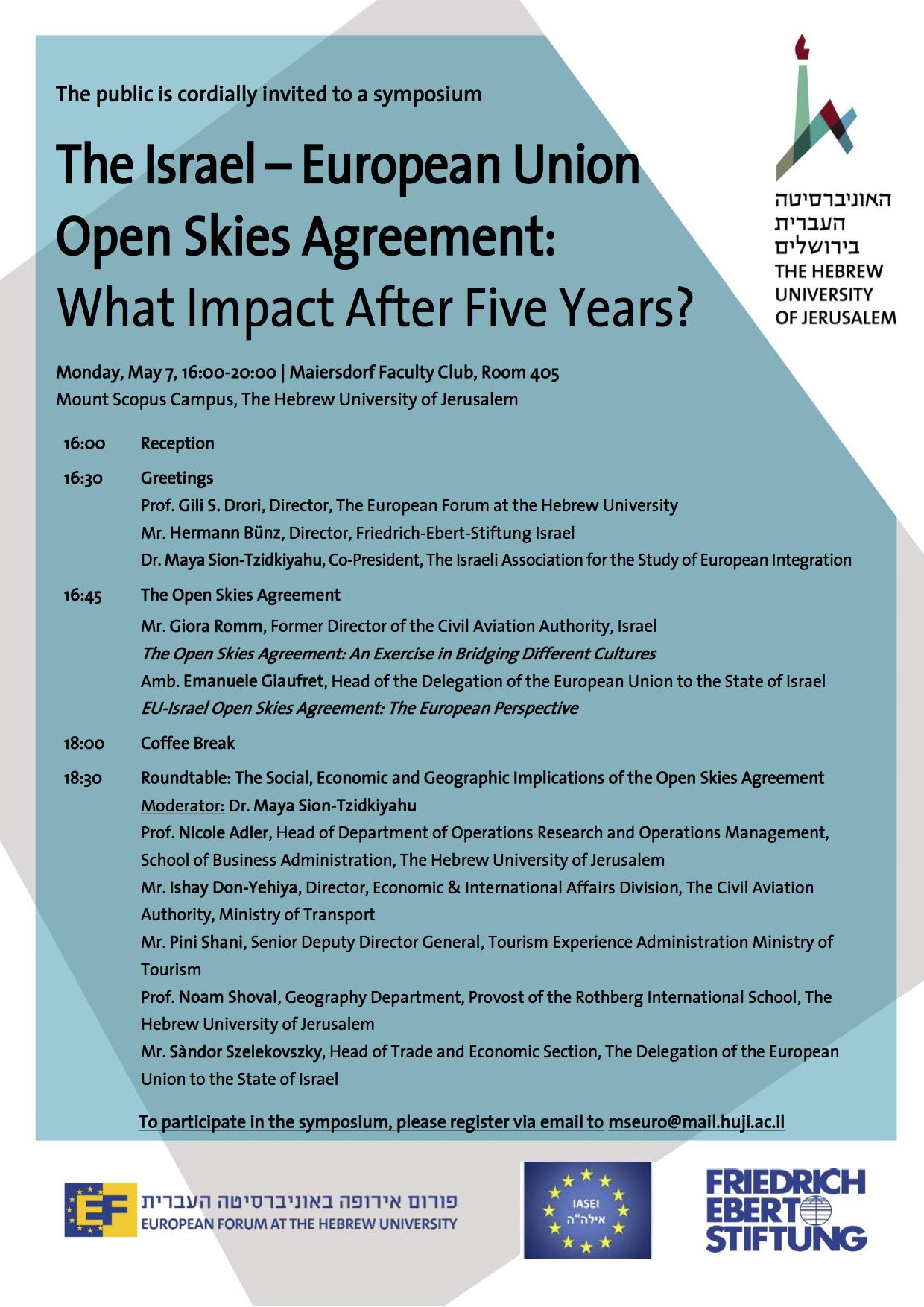