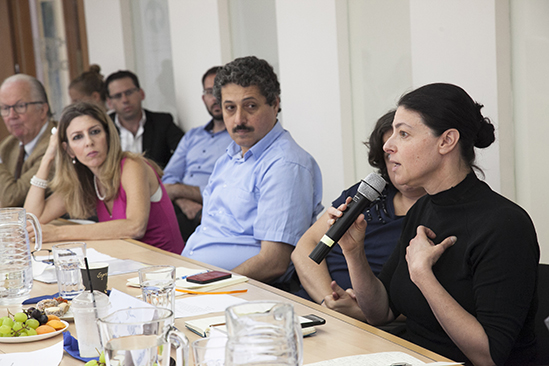 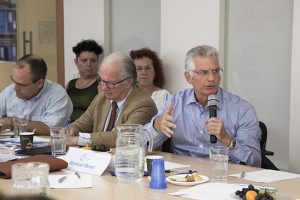 On June 28th the FES Israel hosted a conference by the Israeli European Policy Network (IEPN) on the topic “After 50 Years – No Future for Two Peoples? What Must be Done to Build Peace?“. A great number of European, Israeli and Palestinian representatives from politics, civil society, diplomacy and academics participated in the one-day event. Among these were MK Merav Michaeli, the director of Peace Now Avi Buskila, the journalist Tal Schneider and the head of the European Division at the Ministry of Foreign Affairs ambassador Shmuel Revel. Elias Zananiri, the vice chairman of the PLO Committee for Interaction with the Israeli Society, was among the Palestinian participants. An alternative perspective was provided by Israel Harel, the former chairman of the umbrella organization of the settler movement (Yesha Council). On the European side, among others, the head of the EU Delegation in Israel ambassador Lars Faaborg-Andersen gave his input. 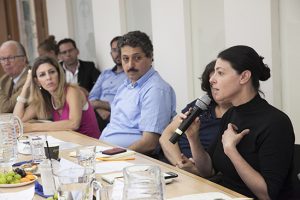 Throughout the conference, a broad discussion on the two main questions emerged: What are obstacles to the peace process? And what role should the European Union and more generally the international community play in this? The participants also discussed the shape of a peaceful solution: two states, one state or e.g. a confederation of two sovereign states?

The IEPN exists since 2003 and is dedicated to fostering exchange between European and Israeli representatives on topics which are important to both sides. More information about the IEPN – and soon also a follow-up paper about the conference – can be found on www.iepn.org.