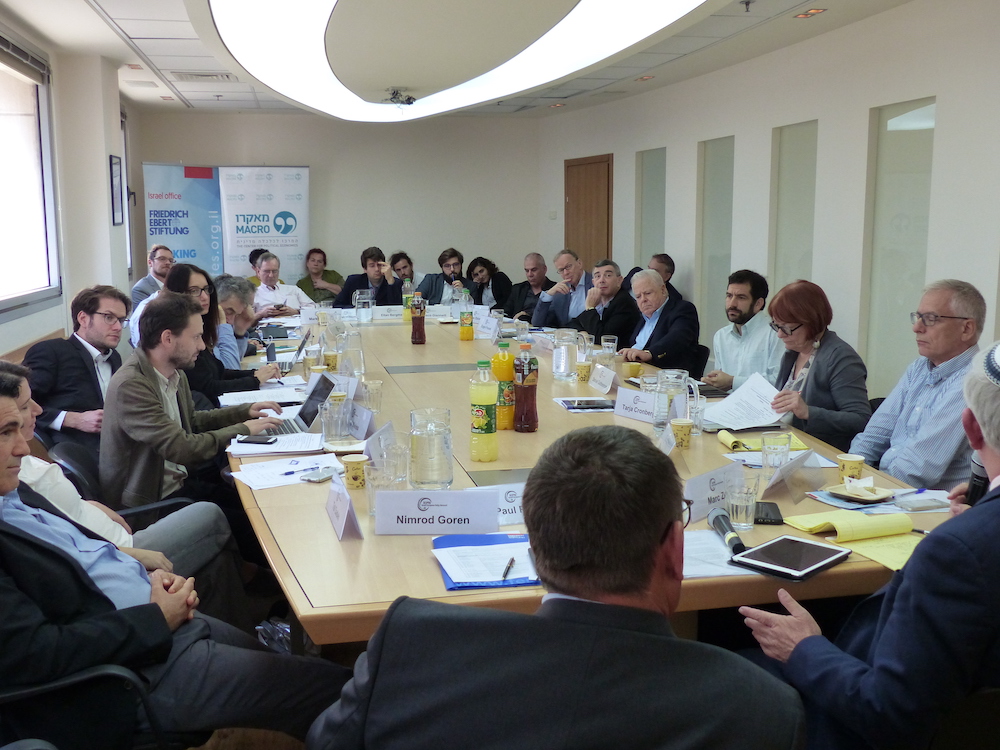 On November 8th the FES Israel hosted a conference by the Israeli European Policy Network (IEPN) on the topic of “The Iran Deal Revisited – Consequences of the US Withdrawal on the EU-Israel Relations”. The conference was hosted in cooperation with MACRO The Center for Political Economics and the Universität der Bundeswehr München.

A great number of European, Israeli and American representatives from politics, civil society, diplomacy and academics participated in the one-day event. Among these were MK Tamar Zandberg, Dr. Oded Eran, former Israel’s ambassador to the EU, Prof. Uzi Arad who served as National Security Advisor to Israel’s PM Netanyahu, Eran Etzion as the former Head of Policy Planning in the Ministry of Foreign Affairs and Dr. Ephraim Sneh, former Israeli Minister. On the European side, among others, Eugen Freund, Member of European Parliament, Prof. Ruth Maria Hanau Santini, IEPN Coordinator, Dr. Joost Hiltermann, program director at the International Crisis Group, Dr. Tarja Cronberg from SIPRI (Stockholm International Peace Research Institute) and Dr. Jan Busse from the Bundeswehr University Munich. Adv. Marc Zell, the VP of Republicans Overseas International was among the American participants. Also, the two journalists and experts on the region Ian Black, former Middle East editor from the Guradian, and Oren Nahari from WALLA News Israel were among the participants.

The conference was opened by Dr. Paul Pasch, Director of FES Irael and Dr. Roby Nathanson, Director of MACRO. Throughout the different sessions, a broad discussion on the various aspects of the main topic emerged: perspectives of the EU-Israel relations in the light of the US withdrawal from the Iran Deal as well as the future of the Iran Agreement. Further the participants discussed the new challenges for EU-Israeli Relations following Trump’s foreign policy.

The IEPN was founded in 2003 by the Israeli office of the Friedrich-Ebert-Stiftung. Its unique purpose is to advance an open, continuous and constructive dialogue between academia, diplomats and decision makers from Israel and the EU on the width of bilateral relations and regional issues.