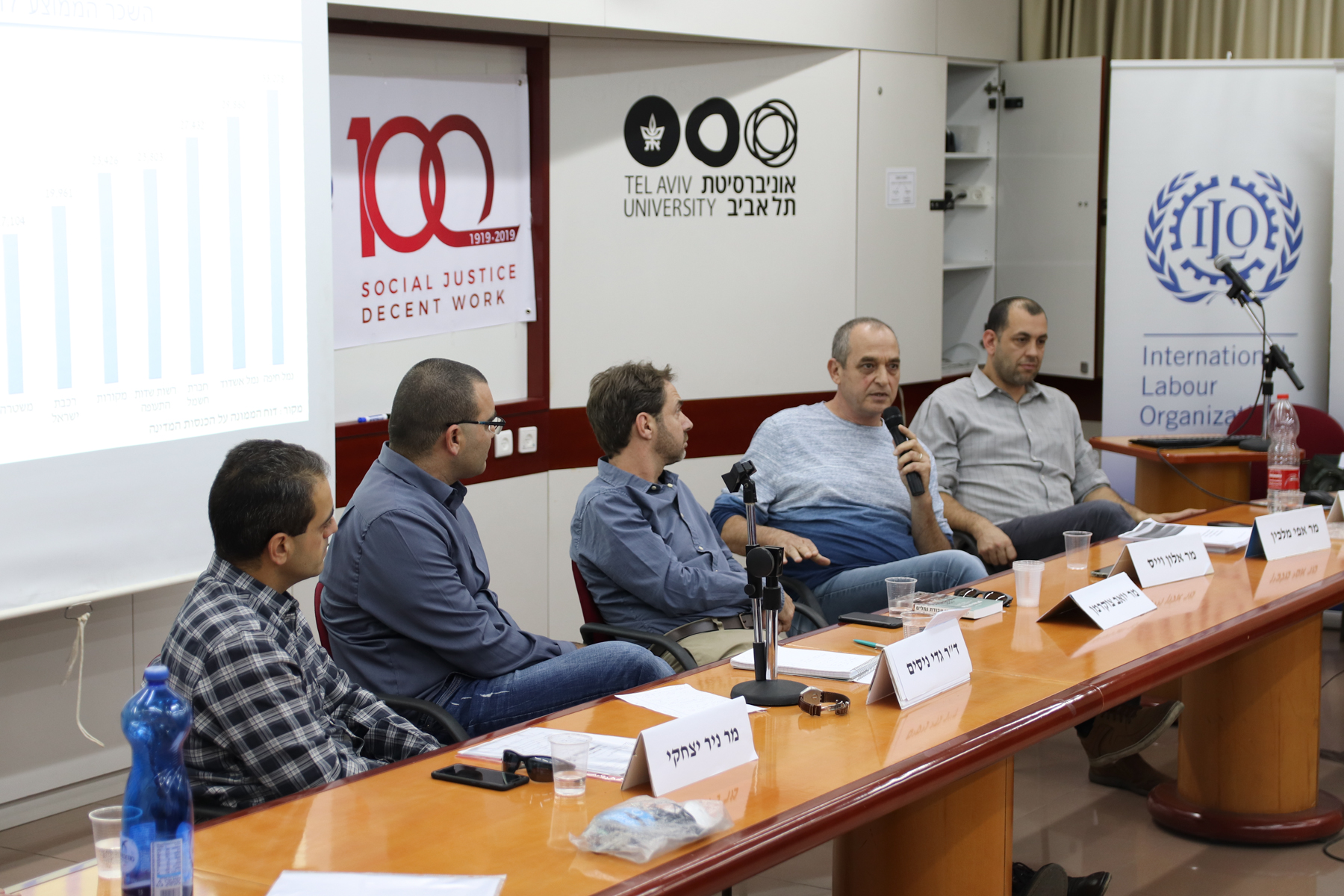 On Thursday, the 28th of November 2019, the Friedrich-Ebert-Stiftung Israel (FES), in cooperation with the Israeli Industrial Relations Research Association (IIRRA) and the International Labour Organization (ILO), held a conference at the Tel Aviv University, to commemorate the 100-year anniversary of the ILO.

The program of the conference was split into three sessions and a panel discussion. It was aiming at explaining and illuminating different aspects of international and national Tripartism in Israel and in the world, aiming to shed light on the ways of negotiation and communication between the trade unions, the employers and the government.

The conference started off with the welcoming of all guest speakers and opening statements by Dr. Roby Nathanson (Chairperson of the IIRRA Steering Committee), Adv. Orly Bitty (Chairperson of the IIRRA), Dr. Avigdor Kaplan (D.G., Ministry of Labour, Welfare and Social Affairs), Adv. Ofir Alcalay (D.G. Histadrut), Adv. Michal Waxman Hili (Head of Labour and Human Resources Division, Manufactures’ Association of Israel, IIRRA Board Member), Mr. Micky Drill (FES Israel Project Manager), and Adv. Valerie Van Goethem (Governance and Tripartism Department, Labour Law Unit, ILO). One of the keynote speeches was delivered by Professor Guy Mundlak from the Faculty of Law of the Tel Aviv University, with the title “Tripartism as an organizational model for the ILO and Israel – strengths and blind spots”.

Furthermore, Adv. Valerie Van Goethem held a keynote speech about Tripartism “as a Leading Concept in both ILO’s Work and Labour Relations in Israel”, in which she illuminated several aspects of Tripartism with insights from her own work at the International Labour Organisation.

In a second session, which dealt specifically with the issue of the realization of Tripartism in Israel, Dr. Ozer Carmi (IIRRA Board Member), Mr. Ilan Levin (Former Director of Wages, Ministry of Finance) and Mr. Amir Yaron (Vice Chairman of the Histadrut’s Trade Union Division) held talks from the different point of views on Tripartism, including academic, governmental and from the workers’ unions.