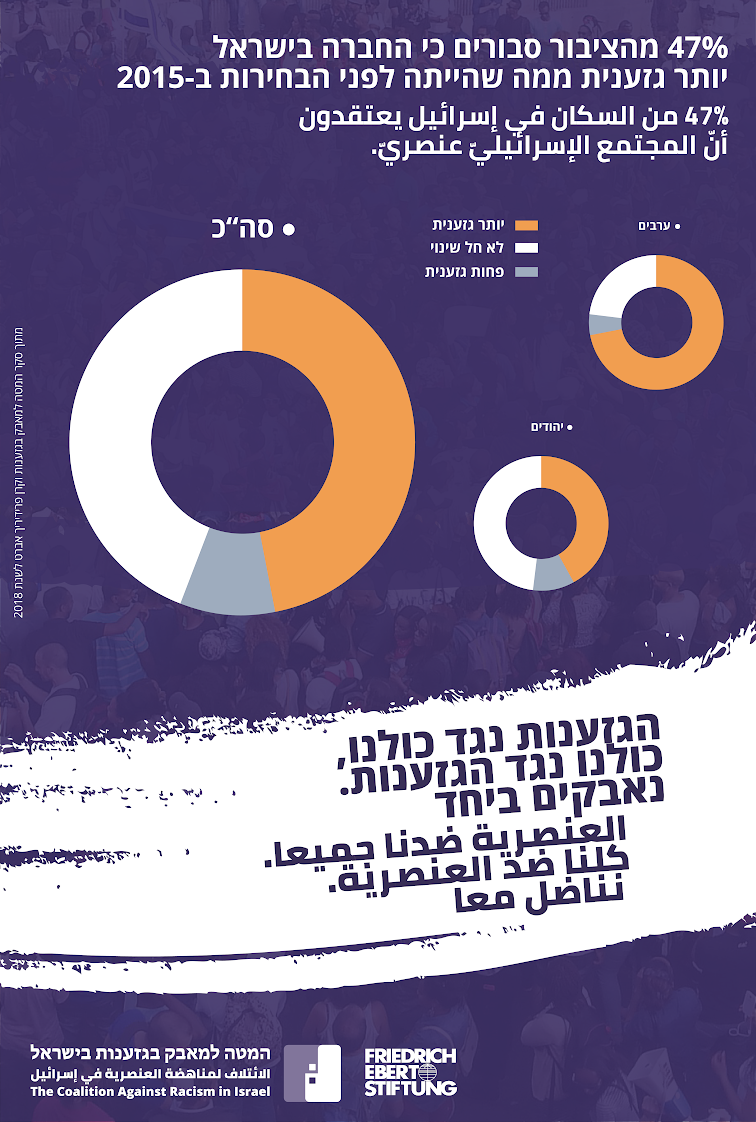 Today the world marked the International Day for the Elimination of Racism. The Coalition Against Racism in Israel published a survey conducted in cooperation with the Friedrich-Ebert-Stiftung and its findings are worrisome.

47% of the Israeli public believe that Israeli society today is more racist than it was before the 2015 elections. One in four respondents indicated that they had been subjected to racist statements, statements or behavior during the past year. And 91% of the Israeli public believe that the government authorities do not do anything or do not do enough to eradicate racism in Israel.