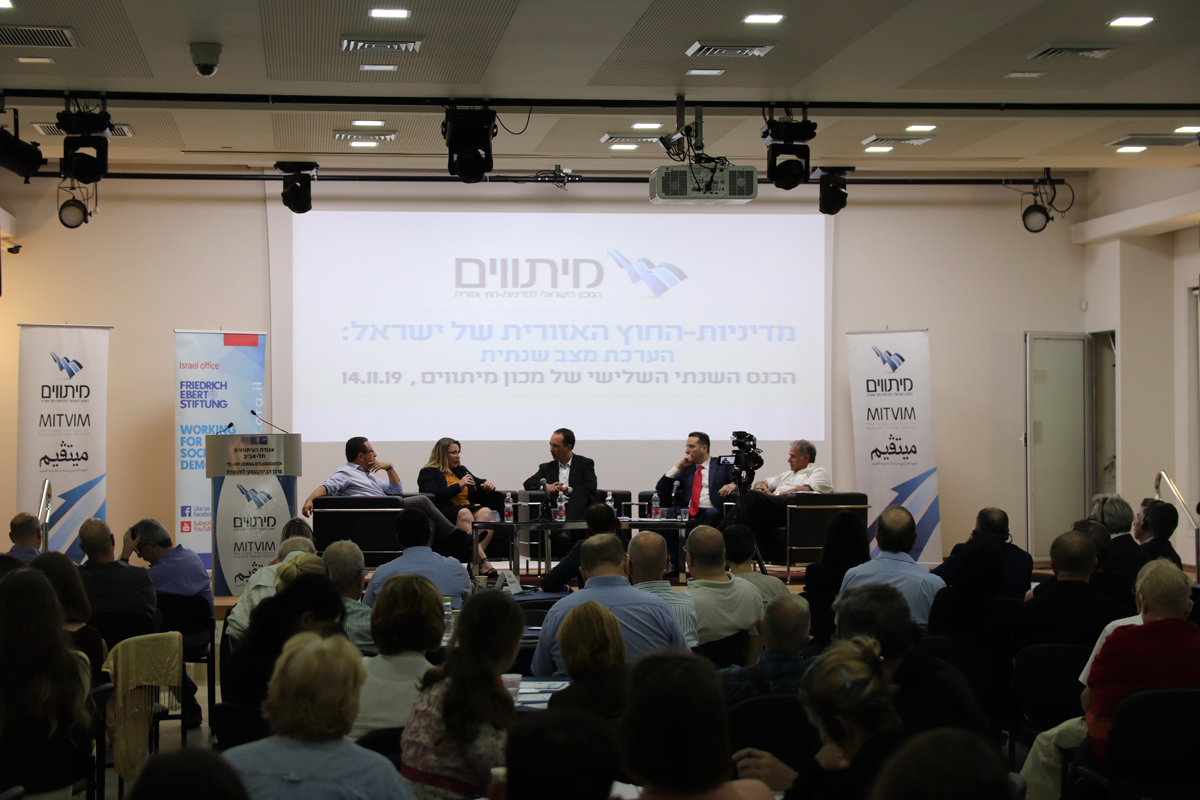 With over a hundred people in attendance, the conference was kicked off with a panel on Israel’s relations with adjacent regions moderated by Dr. Nimrod Goren of Mitvim. The participants were distinguished figures such as former MK and Journalist Ksenia Svetlova, Ambassador (ret.) Michael Harari, Mr. Dan Catarivas of the Israel-EU Chamber of Commerce and Industry and Dr. Ido Zelkovitz of Yezreel Valley Academic College.

The panel was followed by the keynote speeches of MK Yair Lapid, co-chairman of Blue White Party and the EU special representative for the Middle East Peace Process, Susanna Terstal. MK Lapid focused his speech on the polarized discourse within Israeli society and its inability to agree on a vision for Israel for the next ten to twenty years. Referring to the example of the Iranian threat to Israel, he advocated for Israel to seek broader alliances as – according to him – Israel is not capable of dealing with Iran on its own. He emphasized the necessity to take difficult steps as Israel would only be able to secure support by the EU, the US and Sunni countries if the diplomatic process with the Palestinians continued.

In her speech, Ms. Terstal elaborated on the interdependencies of EU-Israeli-Palestinian relations and emphasized the EU’s readiness to support a final status agreement that would benefit all sides. Like MK Lapid she underlined the necessity for a vision of the region’s future, cautioning that nothing would lead to greater stability than bilateral steps.

The last panel dealt with the effort for Israeli-Palestinian peace in Israeli statesmanship and was moderated by the director of J Street Israel, Yael Patir. Participants on this panel were former diplomat and advisor to President Peres, Nadav Tamir, Dr. Lior Lehrs of the Hebrew University in Jerusalem, Dr. Dahlia Scheindlin, public opinion expert and contributor of +972 Magazine and Kamal Ali-Hassan of the Open University.

FES Israel is proud to have taken part in such a successful event and is looking forward to continuing the fruitful cooperation with Mitvim.