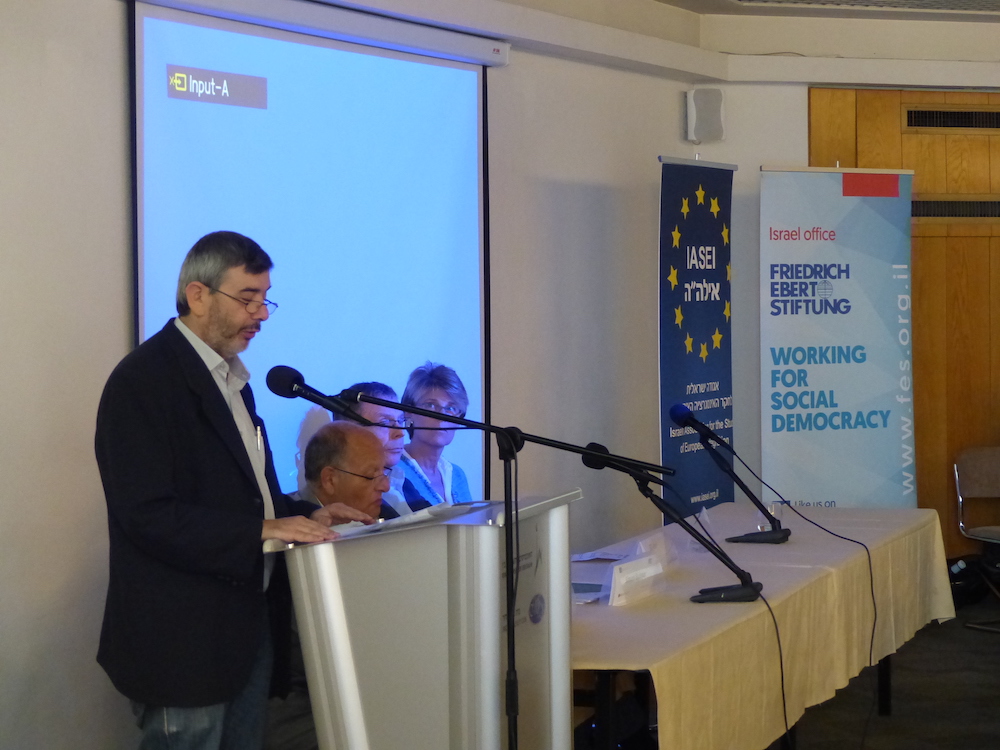 On October 18 th the Friedrich-Ebert-Stiftung Israel invited, in cooperation with the Israeli Association for the Study of European Integration (IASEI), to a symposium on the future of Europe. In the Maiersdorfer Faculty Club at the Hebrew University the symposium discussed the topic “More or less Europe? That is the question”. After greetings from Alfred Tobias, the Co-President of IASEI, Micky Drill as representative of the FES, and Gili Drori, the Director of the European Forum of the Hebrew University of Jerusalem two enriching presentations followed, introduced by Maya Sion-Tzidkiyahu, Co-President of IASEI. 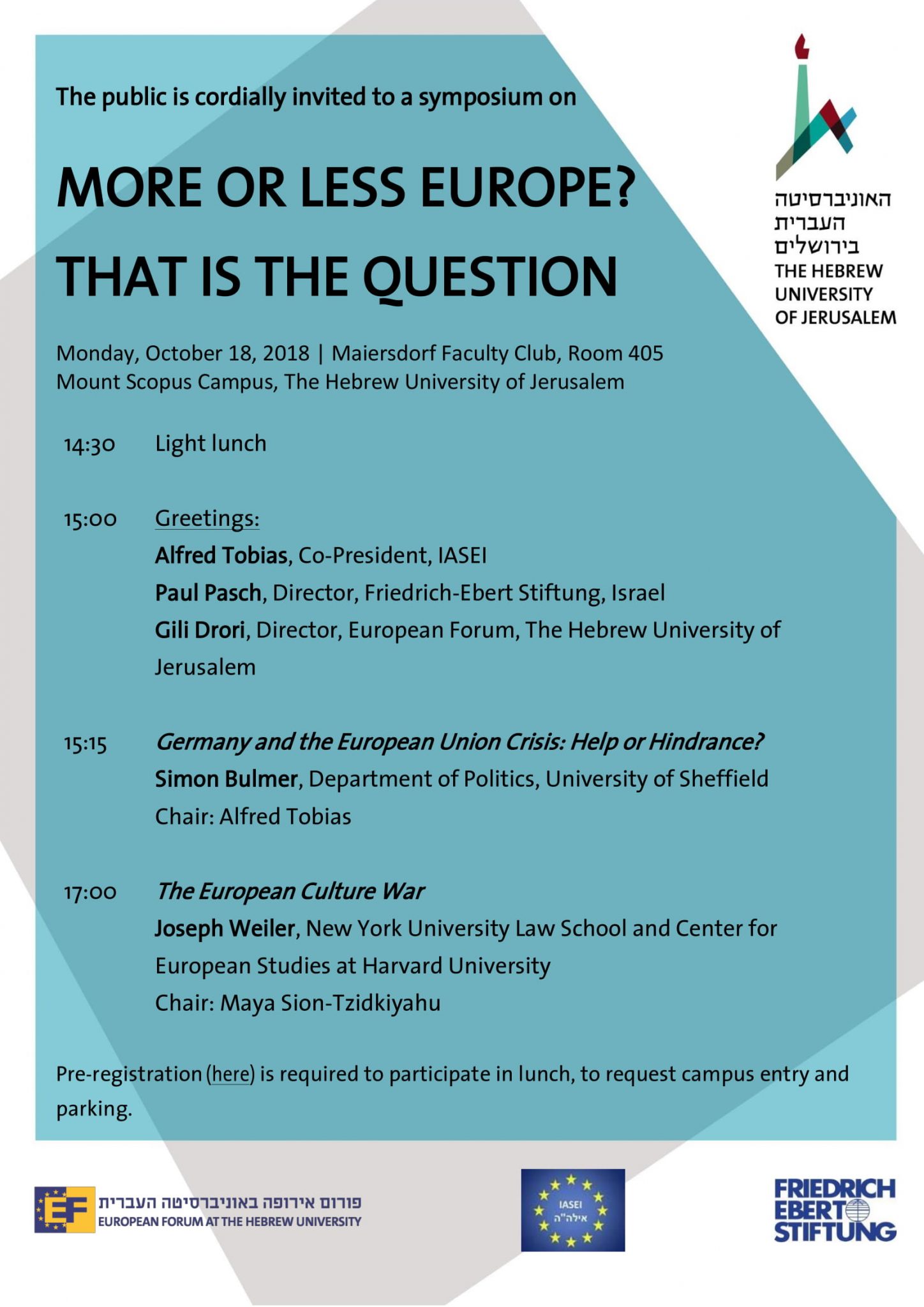