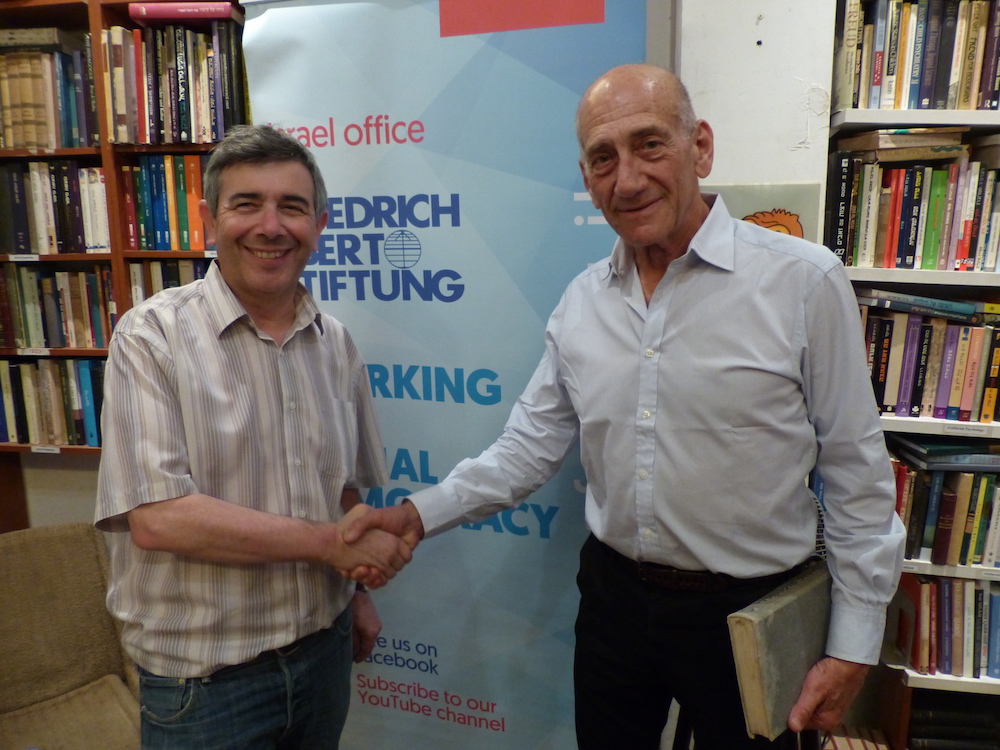 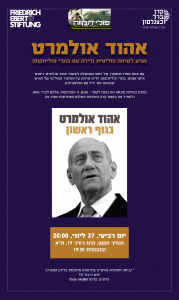 Around 50 members of our Alumni-Politikva network met on the evening of June 27 to discuss serious issues in a relaxed atmosphere with former Prime Minister of Israel Ehud Olmert.

Ehud Olmert, who avoids media appearances in recent months, dedicated more than three hours to our graduates. He talked about the intense negotiations he had as Prime Minister with Palestinian President Mahmoud Abbas, about the near realization of a peace treaty, and why, in the end, everything failed. Nonetheless, he was optimistic that peace would eventually come about as part of the two-state solution.

Politikva is a political education program for young leaders of the Zionist Left, which has been run by the FES Israel together with the Berl Katznelson Foundation nationwide since 2009.