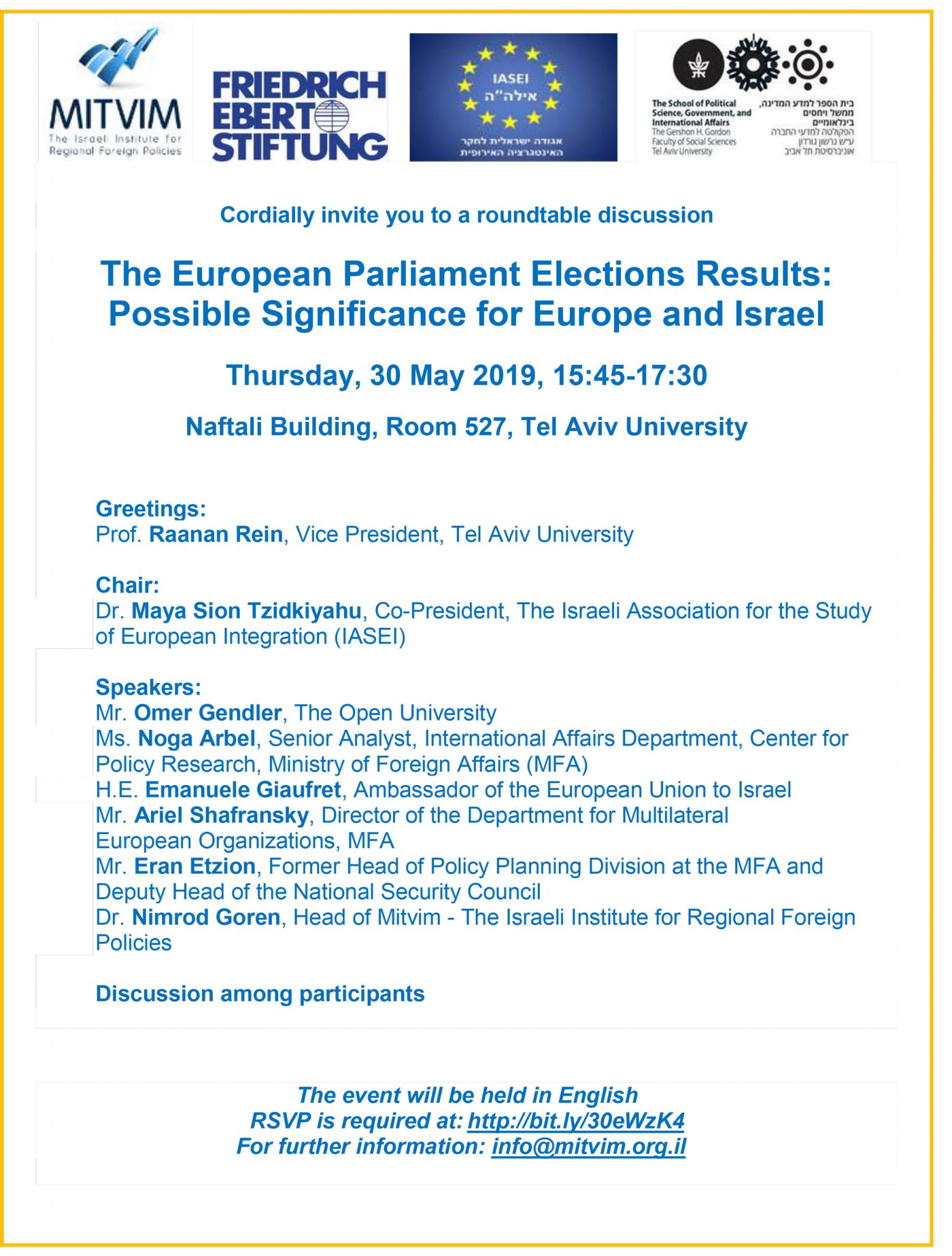 What does it mean for Europe and Israel that the former people’s parties in the EU states are getting weaker, whereas the right-wing populist and Green-liberal forces on the continent are becoming stronger? To answer these and other questions, the Friedrich-Ebert-Stiftung (FES) Israel, together with the Mitvim Institute, the IASEI and the School of Political Science at Tel Aviv University organized a panel discussion on 30 May 2019.

Under the title: “The Election Results of the European Parliament. Possible significance for Europe and Israel,” different academics, analysts and government representatives spoke on the topic. Among them was Emanuele Giaufret, head of the EU delegation in Israel. He and almost all of the speakers agreed that the high turnout in the elections sends a positive signal for the future of the European Union. The last time this many people took part in the elections to the EU Parliament was in the 1990s.

However, because not only green and liberal forces, but also right-wing populist forces could profit from the numerous voters, the result was also seen as a cause for concern.

Concerning the effects that the election result could have on European-Israeli relations, the participants in the discussion were divided. There was no question, however, that Israel was facing a difficult challenge in dealing with the growing right-wing parties. It remains to be seen whether the new parliament will be as critical of Israel as the old one.