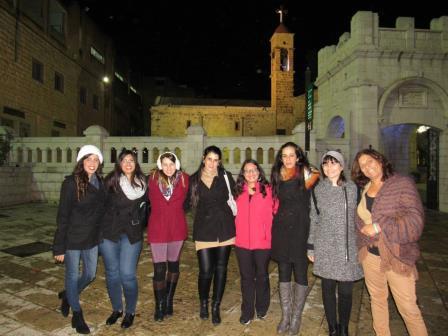 Last Weekend (2-3 December) a Seminar on the topic of Racism in the framework of the Shared Life Program was held in Nazareth.

The Program has been going on for four years and is the outcome of a cooperation between FES Israel, Young Na’amat and Na’amat from the Southern Triangle. The Berl Katznelson Foundation was also involved in organizing the Seminar.

About 40 Jewish and Arab Women from the Tel Aviv area, the Southern and Northern Triangle, from the Sharon and the Galilee listened to Lectures on the Topic of Racism, participated in discussions and Round Tables and examined the possibility of promoting activities against the expansion of Racism – thereby furthering a tolerant and egalitarian society in Israel.

On Friday Evening an organized tour through Nazareth was organized for all participants.