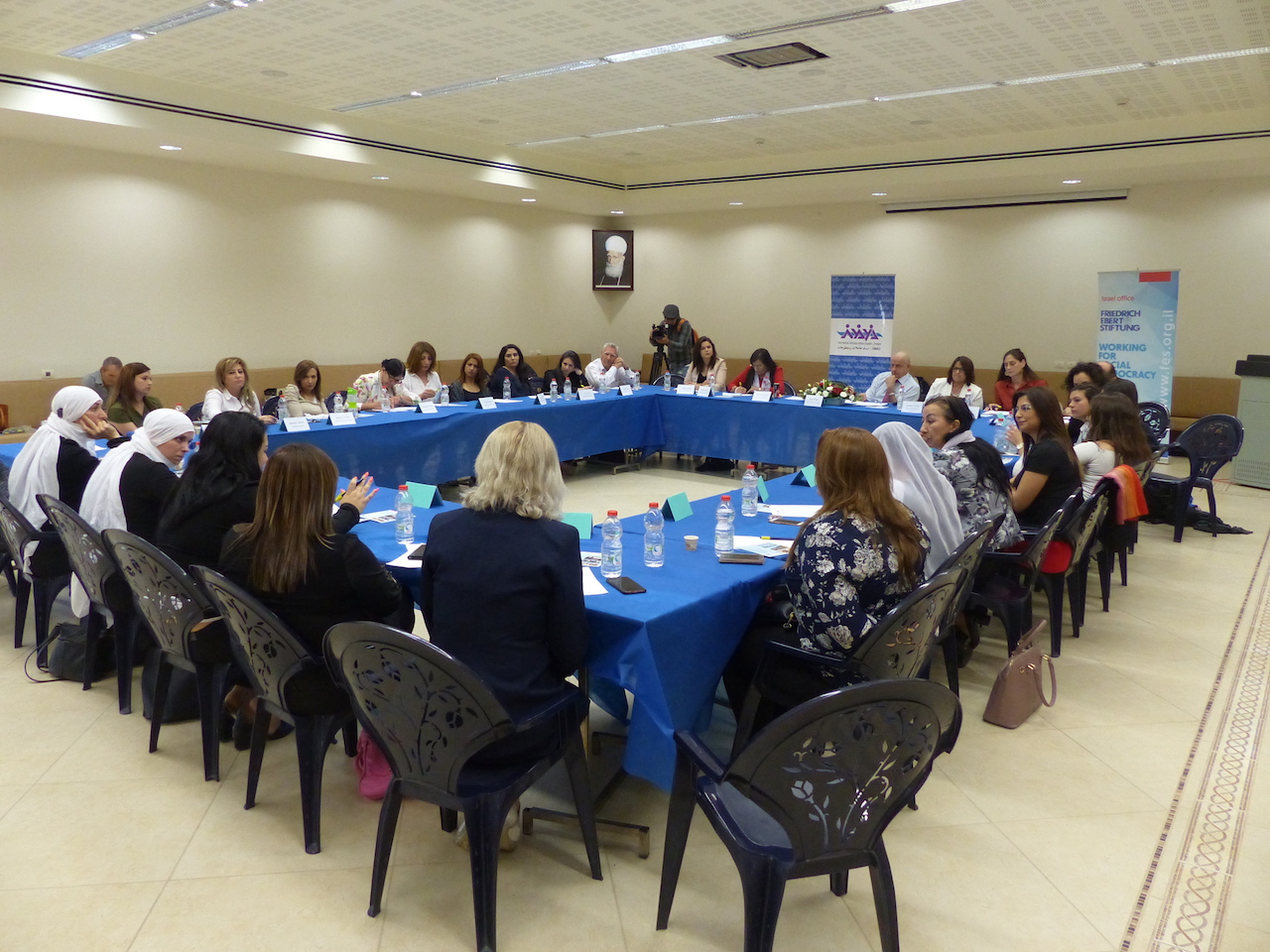 On the 26th of March an important round table was held that dealt with the integration of Druze women into decision-making positions and the advancement of Druze women in the local elections. The event was organized together with the Fund for the Advancement of Minorities in Israel, the Naamat Merkaz Galil Center and the Friedrich-Ebert-Stiftung Israel. The evening was attended by leading Druze women alongside with Member of Knesset Revital Swid. MK Revital Swid is the Chairperson of the Druze Women’s Network in the Knesset. Also the former Minister Salah Tarif, one of the political leaders of the Druze community, the chairwoman of the Naamat Galil Center Nadia Hamdan and representatives of the Friedrich-Ebert-Stiftung Israel, Judith Stelmach and Micky Drill, participated in the event.
Mr. Saleh Tarif noted: “We need our women in the leadership of the local authorities. Once women enter the municipal authorities, they will bring about change. They have the potential to advance the Druze community.”