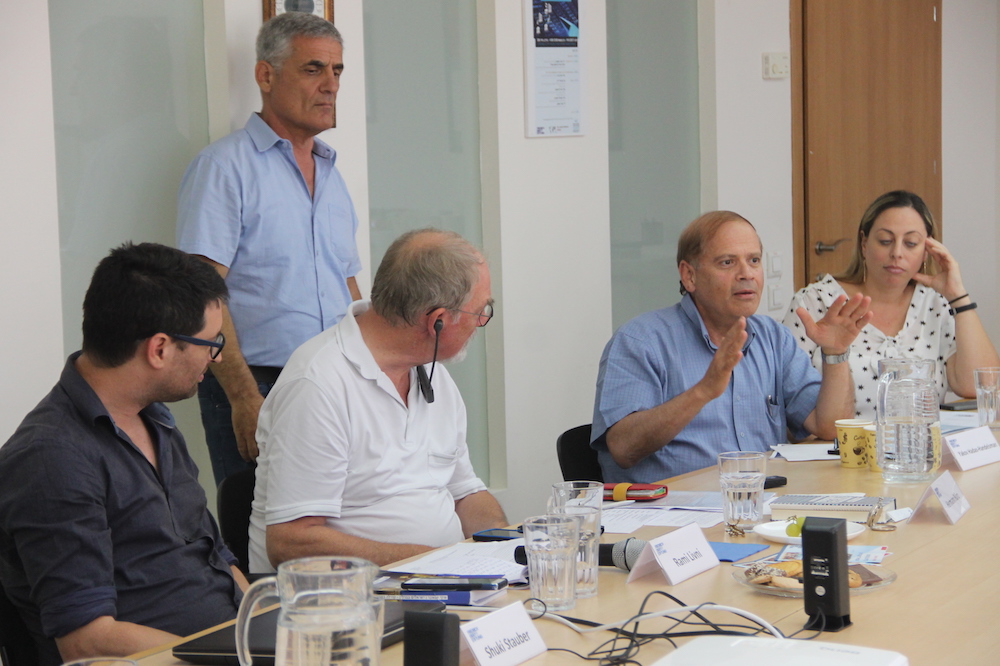 On June 13th a roundtable discussion took place in the FES Israel office focusing on the topic: “Israelis in Berlin – a Community in the Making” and the presentation of the book of the same name by Shuki Stauber. The phenomenon of emigration from Israel has been harshly criticized by the public and the country’s leaders and has been seen as a betrayal of the values ​​of Zionism. Since the late eighties, this phenomenon has intensified, following the economic, social, cultural, and political changes in Israel and the globalization processes.

How was immigration to Berlin perceived from the Israeli, as well as from the German perspective? How do young Israelis feel in Berlin? What do their parents and friends in Israel think about it and what role does the Shoah play today for the younger generation? After a welcome by Hermann Bünz, Director FES Israel, these questions were vividly discussed by representatives from the German embassy in Israel, former Israeli ambassador to Germany, the Jewish Agency, journalists, Israelis who live of lived in Berlin as well as their relatives. The event was moderated by Rami Livni. Following the event, a publication with policy advice will be authored.