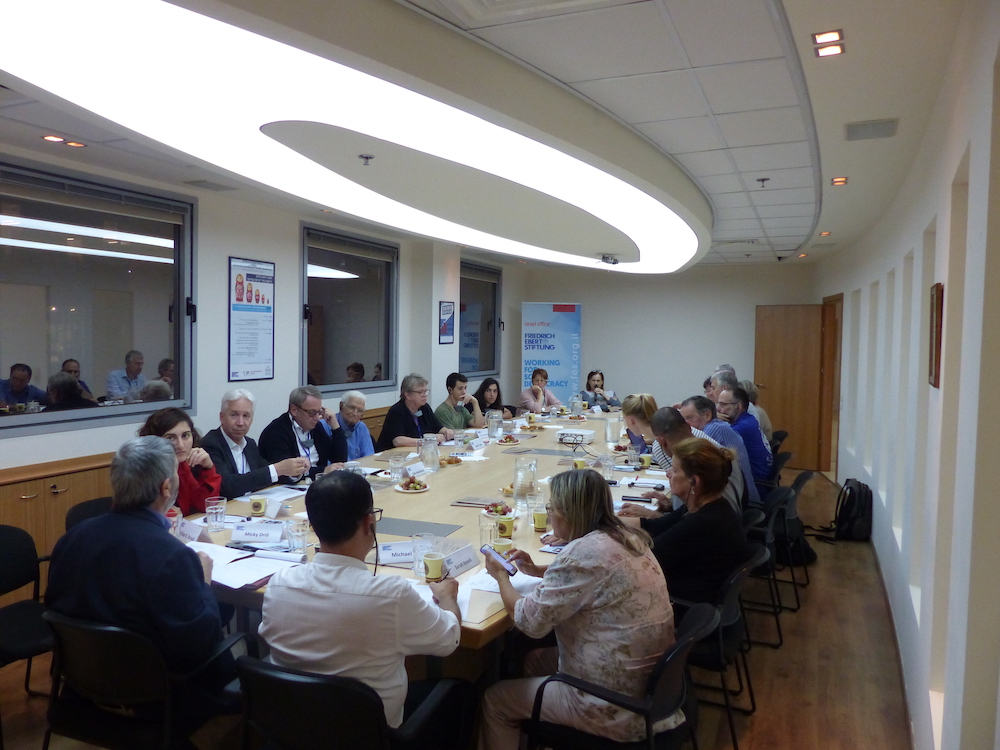 The study, jointly conducted by the Friedrich Ebert Foundation and the Macro Center for Political Economics in Israel, is the fourth in a series of studies conducted every six years since 1998. The purpose of these studies is to examine the personal values ​​and political positions of young people in Israel and how they have changed over the years.

In an introduction Marlis Tepe, Chairperson of GEW and Micky Drill, Project Manager of FES Israel, highlighted the important role of the close relationships between Israeli and German Trade Unions. Trade Union Secretary Jacob Avid gave a talk about the role and tasks of the Youth Movement of the Histadrut. Thereafter the results of the 4th Youth Study of the Friedrich Ebert Stiftung were presented by Dr. Roby Nathanson, General Director of MACRO.

Thanks to the great variety of voices represented at the event, the presentations were followed by a fruitful discussion on the political view of the Israeli youth, their stance towards society, state and work environment and the similarities and differences between the young generations in Germany and Israel.

>> Download the Summary of the Main Findings of the Youth Study!