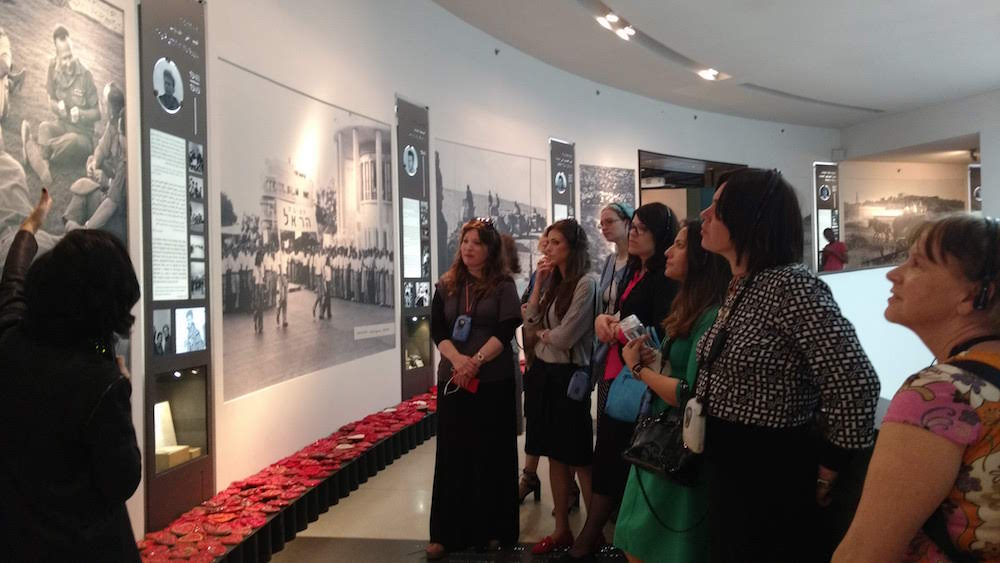 On May 23, 2018 a seminar for opinion leading Haredi women took place at the Rabin Center in Tel Aviv in cooperation with the Peace and Security Association. The seminar was part of a leadership and political education program for Haredi women of the Orthodox Jerusalem College.

After a short guided tour through the Rabin Center, the participants had the chance to discuss Israel’s national security concept in the light of the geopolitical changes in the Middle East with Lieutenant General (res.) Benny Ganz, the former chief of staff of the IDF. The group also received lectures by Brigadier General (res.) Udi Dekel, Managing Director of the Institute for National Security Studies (INSS), who gave an overview of the milestones in the Israeli-Palestinian conflict and explained why the two-state solution is still the most viable solution, and by Sima Shein, former senior official at the Mossad and expert on Iran, whose talk focused on the nuclear agreement with Iran in the Trump era and implications for the Middle East but also on the role and experience of women in Israel’s security forces.

It was the goal of the seminar to inform the participants and discuss about political, security and economic issues related to the Israeli-Palestinian conflict and the geopolitical situation of Israel in general.