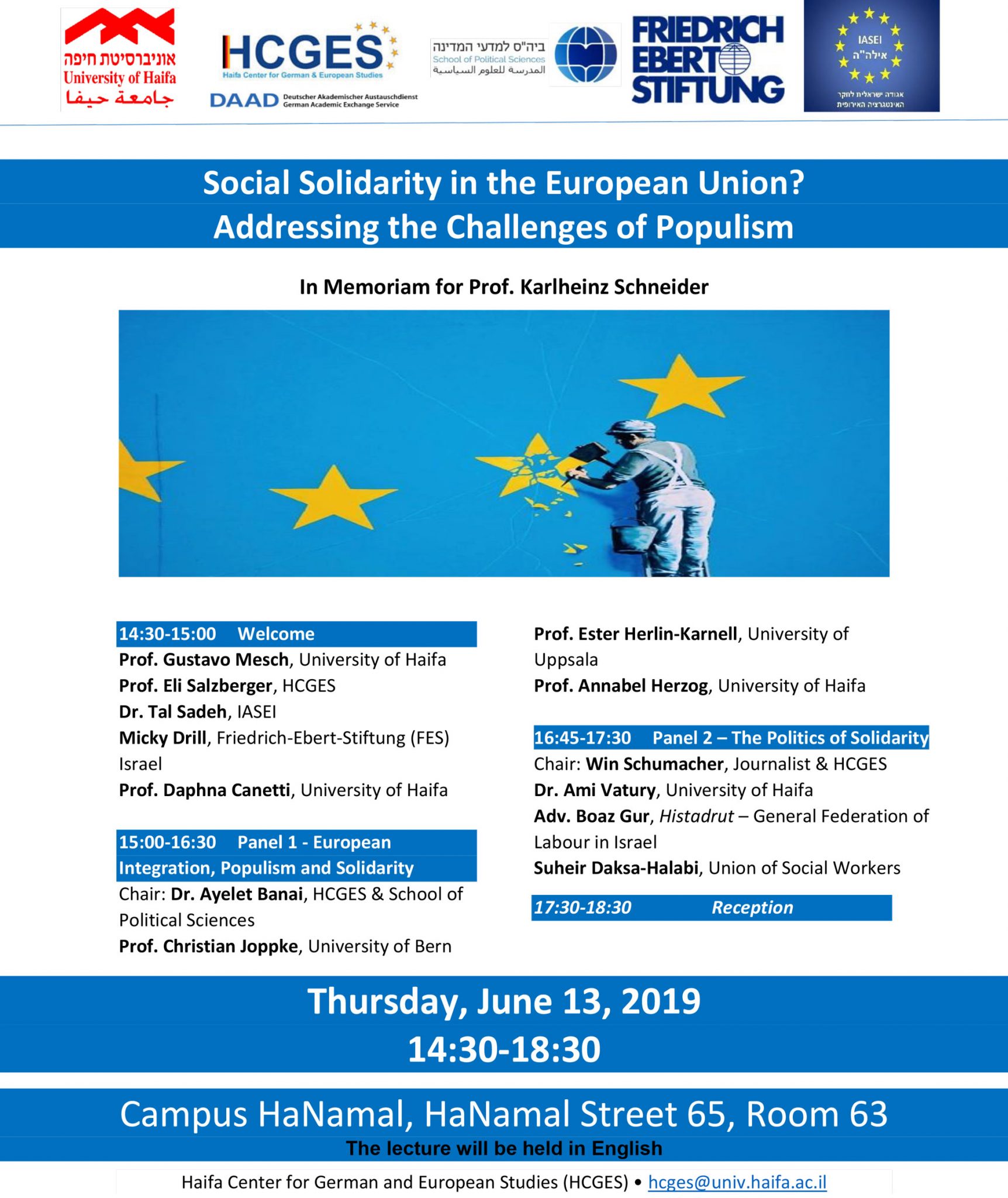 Has the European Union neglected the phenomenon of rising social inequality for too long, thereby strengthening precisely those forces that threaten the project of a united and peaceful Europe today? And what is needed to stop these forces? These questions were the focus of the event “Social Solidarity in the European Union?”, organized on 13 June 2019 by the Haifa Center for German and European Studies, IASEI and the Friedrich Ebert Foundation.

In the first part of the event, Professor Christian Joppke from Bern and Professor Annabel Herzog from Haifa spoke on the topic “European Integration, Populism and Solidarity”. Later, personalities from social institutions, such as Boaz Gur from the Israeli trade union umbrella organization Histadrut, discussed how and whether stronger social integration across national borders can be a meaningful response to the danger of right-wing populism. It became clear that solidarity could be a way to withdraw votes from EU skeptics. At the same time, however, there are many hurdles in the way of such a project that must be overcome in order to curb populism in Europe.