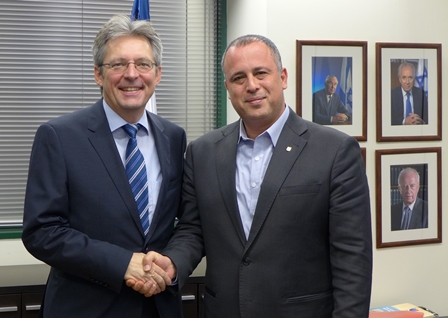 MP Achim Post, Secretary General of the Party of European Socialists, and Carsten Stender, head of office of vice-chancellor Sigmar Gabriel, came to Israel in order to learn about opportunities of social-democratic impulses for the peace process.

The guests met different Israeli high-ranking politicians, like the Secretary General of the Labor Party (Avoda), MK Hilik Bar, and the Secretary General of Meretz, Dror Morag. The visiting guests also talked to Gadi Zohar and Helit Barel, who work for the Council for Peace and Security. There were also talks with Eytan Schwartz, candidate of Avoda for the Knesset, Colette Avital, International Secretary of Meretz, Ilan Baruch, foreign policy advisor of the Chair of Meretz, with Itai Gutler, chairman of the Young Avoda in Jerusalem and Esti Kirmaier, chairwoman of Avoda in Jerusalem. More over they also talked to Prof. Naomi Chazan, former member of the Knesset and civil rights activist, and Roby Nathanson, director of the Macro Center for Political Economics.

The program for the delegation included a wide and interesting variety of aspects. The talks and meetings dealt with the status of the Israeli-German diplomatic relations and their 50th anniversary. But the focus of the talks was on the campaigns for the upcoming Knesset elections, as well as on opportunities and possibilities for a political change. 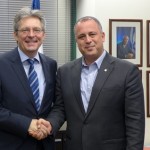 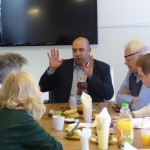 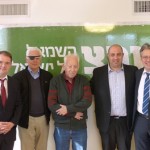 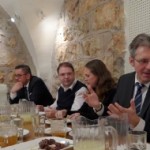 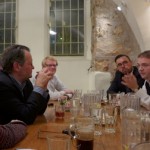 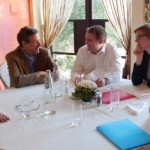 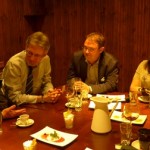 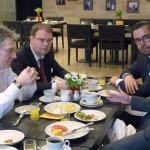