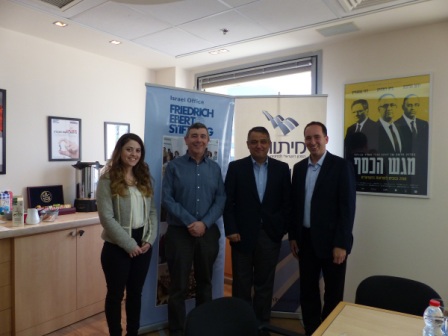 In cooperation with our partner Mitvim – The Israeli Institute for Regional Foreign Policies, a briefing by Suat Kınıklıoğlu, former member of the Turkish parliament for the AKP Party and today’s executive director of the Turkish think tank STRATIM, took place on the 20th of January at FES Israel.

The non-governmental organization STRATIM focuses on Turkish foreign policy and aims to improve the strategic communication between Turkish players and their worldwide partners, which includes the relationship to Israel on the level of politics and civil society.

Aside of a diplomatic approach between the two countries, Kınıklıoğlu emphasized the importance of contacts between Israel and Turkey in the fields of civil society and economy. Furthermore, he talked about the current domestic and foreign policy of the Turkish government.