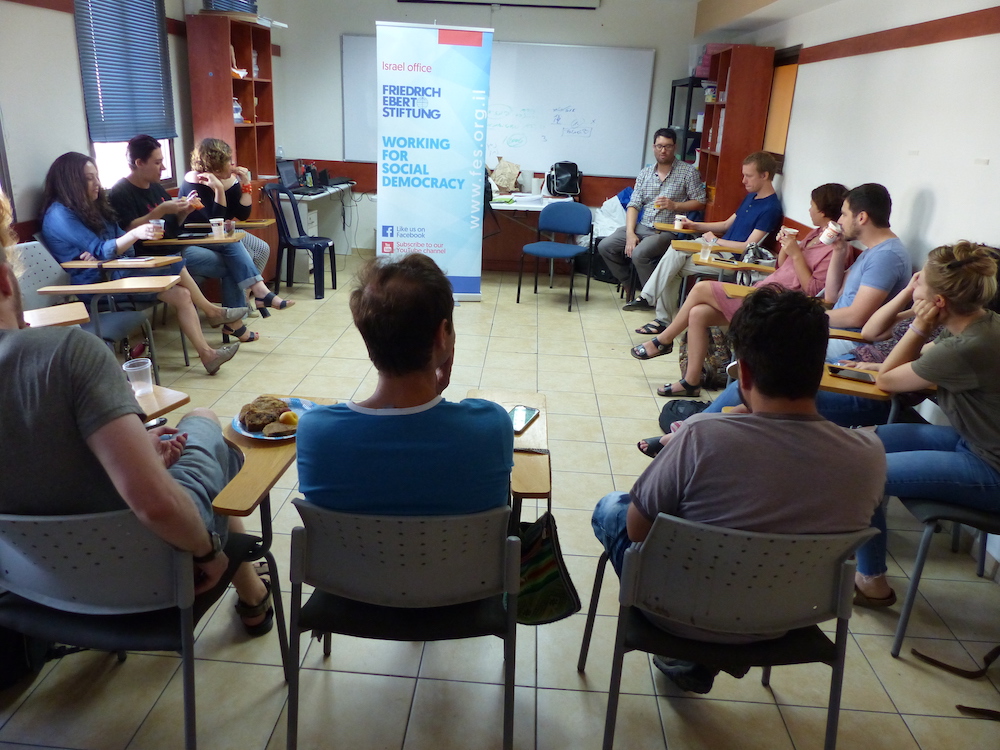 On June 22, 2018 a special Politikva course for young social-democratic leaders was concluded in Haifa. The target group of the course were Russian speaking Israelis who either immigrated as children from the former Soviet Union to Israel or were born in Israel but grew up with a migration background.

This group of immigrants faces quite specific problems in Israel such as old-age poverty due to missing pension contributions of their parents’ generation as well as civil law issues concerning those Israelis who are not recognized as Jews by the Jewish Law (Halakha). One characteristic of this group is that its majority supports Israel’s politically right-wing parties. This makes the course particularly important as it analyzed the challenges of the Israeli society from a social-democratic perspective.

Besides the Friedrich-Ebert-Stiftung Israel also our project partner, the Berl Katznelson Foundation, supported the funding and was involved in shaping the thematic orientation of the course. The course included 11 weekly meetings on Fridays and excursions. The course language was Hebrew.

Bookings are closed for this event.