The campaign is an initiative of the Coalition against racism in Israel in cooperation with FES Israel.

The Coalition against racism in Israel was founded in 2003. It includes 40 NGOs and is the voice of minority groups in Israel. The campaign is an initiative of The Coalition against Racism in Israel in cooperation with FES Israel. It strives to raise public awareness for the importance of refraining from racist messages in the election campaign and maintaining a factual discourse which is free of hatred.

In the framework of the campaign activists distributed fliers with the main messages of the campaign all over the country: at the Tel Aviv Marathon (27/2), in the streets of Haifa, at the seaside promenade in Tel Aviv Yafo, at central junctions around the country and at the rally organized by the “One Million Hands” initiative at Rabin square in Tel Aviv on March 7. On March 6 a poster campaign was launched in the social media displaying known Israeli public figures who identify themselves with the central message of the campaign: “We refuse to let the racist and aggressive discourse to dominate the election campaign- We call for elections which are clean, based on values and focused on the best interest of all Israeli citizens. Elections without racism strengthen democracy.” Close to 100,000 users were exposed to the Facebook page of The Coalition against Racism and the campaign posts.

Visit the Facebook page of the Coalition against Racism 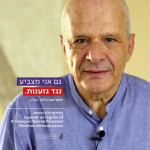 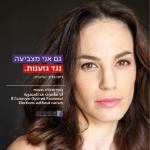 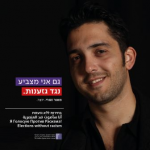 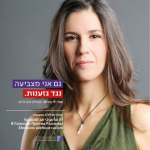 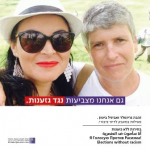 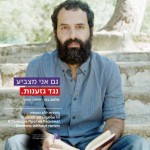 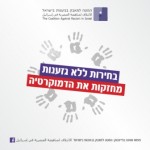 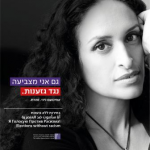