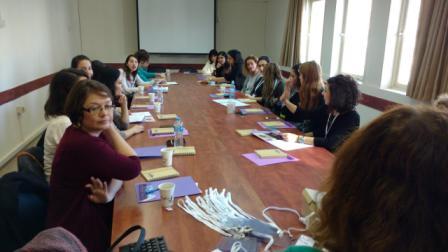 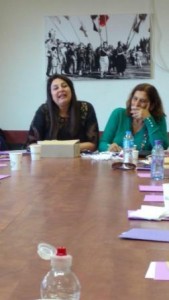 Na’amat HaTzeira (Young Na’amat) offers leadership training for young women from all sectors of society. The courses teach the participants leadership tools and knowledge on several social topics, and encourage them to develop new strategies and projects for Na’amat and the communities where they are actively involved.

On January 15th the 10th course of Na’amat HaTzeira was officially launched and the sessions will continue until May 20, 2016. Galia Wolloch, Na’amat Chairwoman, was Guest of Honour at the first meeting of the Course.

Throughout the Course the young women will acquire new communication skills, will learn about Feminism, Leadership, Principles of Economy and Methods of Negotiation.